Cat of the Day: Zeke 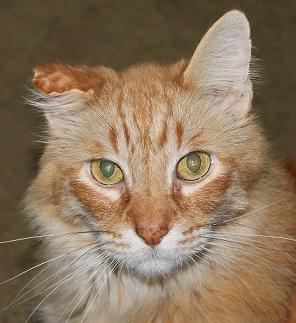 Caroline and Cynthia's other cat, Zeke, is today's Cat of the Day. He's a much kinder cat than Scotch, and in fact, it was his kindness that ultimately landed him a starring role in my movie, The Red Scarf. That's right, this kitty's a star, and he's already busting down doors and setting his sights on bigger and better things to come. 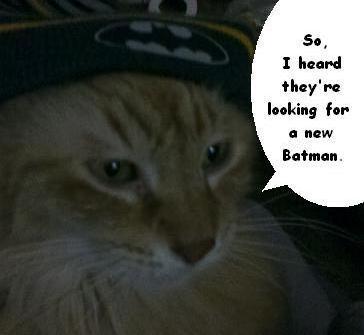 But yeah, this cat is great. I abused the hell out of him during the shoot, yet he never held a grudge against me for it. He still happily climbs onto my lap whenever I come over to visit, and he enjoys getting rubbed all over.

He looks like a big cat, but poor thing, he's really actually quite scrawny. He's an old man, though his big, puffy fur does a good job at hiding that fact and retaining his lion-like appearance. 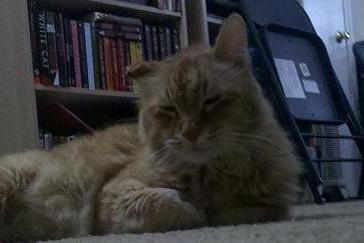 With everything going for him, Zeke never let his fame and fortune to get his head. He remembers his roots, and he actively maintains a healthy friendship with his people, as well as his old pal, Scotch (at least, as much as Scotch will allow!). What a kind old kitty! 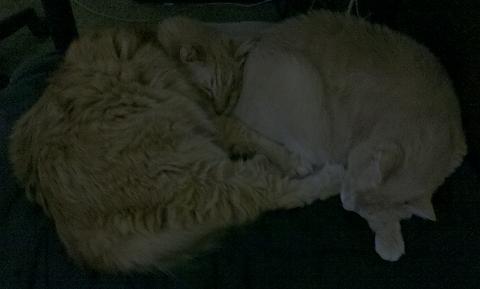