My Most Anticipated 2013 Movies

So it may seem like I've been neglecting my blog a little lately. I actually have seen quite a few movies in the past month, it's just that none of them have left me with anything much to discuss about. Some of them have been good, some not so much, but I really just haven't had much to say. I'm hoping that that'll change soon, though, but in the meantime, I actually wanna change things up a bit right now and look ahead to some of my more anticipated movies of the year, from which hopefully some will actually inspire some words out of yours truly! So then, here are my top 5 most anticipated 2013 movies. And for the purposes of this post, I'll go ahead and exclude films that I'll be watching within the next month anyways, such as Iron Man 3, The Great Gatsby, and the new Star Trek, so everything after May pretty much!
5. Thor: The Dark World

Coming out of The Avengers, the next movie in the Marvel series that I was most looking forward to was the next Thor. This, despite the first Thor being among the weakest of the movies thus far (second only to Iron Man 2). But, flawed as it was, I did enjoy the first Thor, and I look forward to a revisit of that world with a new director at the helm. I just feel like the Thor universe has the most to offer in terms of different and intriguing variety from what everything else is doing, so I'm really interested to see what direction they take. And with the new Thor seemingly going a darker rout than before, I'm also interested in how they'll incorporate the awesome comedy aspect, which was easily the best part of the first movie.

That, and more Loki can never be a bad thing!

I'm so happy that we're finally getting a new Riddick movie. Pitch Black was an awesome little horror movie, and I loved how they decided to continue the series by expanding things so seamlessly and jumping into a whole new genre with The Chronicles of Riddick. And with the way they left us off last time, I've been dying to see where they go from there. I'd also be interested to see just how much, if at all, they change things up again. Riddick is just such a fascinating character, by far my favorite role by Vin Diesel, and I just love the world they built up for him, both in the films as well as the games. This one's coming out just in time for my birthday, too, so I'll consider this somewhat of a birthday present from Mr. Diesel and director David Twohy. Thanks, guys!

3. Cloudy with a Chance of Meatballs 2

Okay, I haven't even seen the first movie, but after watching the trailer for this before Jack the Giant Slayer, my friend and I both just about died in the theater. Hell, even after Jack the Giant Slayer ended, it wasn't too long before we found ourselves going right back to quoting all the awesome puns in this thing. Seriously, I'm pretty sure I laughed more during that two minute trailer than I have at anything else all year. This just looks so ridiculously silly, and, oh my, so many puns, so many horrible, wonderfully horrible puns! I can't wait for it! This one had me at tacodile... supreme!

I don't even like Superman, yet I can't wait for this thing. They had my interest when Christopher Nolan's name was attached to it. And they had my money when they announced Zack Snyder to direct. Yeah, I'm a bit of a Snyder fanboy, but thus far he hasn't done me wrong just yet. I just love his unique style and approach to filmmaking, and each new film of his has improved on the last in leaps and bounds. So to say that I'm looking forward to what he does next with Superman is probably a bit of an understatement. But if nothing else, for the first time ever, I am looking forward to a Superman film, and that's something! I just really hope I'm not setting myself up for disappointment with this one.

Every new bit of footage released for this thing makes me more and more hyped to see it, to the point that it has surpassed Man of Steel as my most anticipated of the year. Drive was incredible, far better than I ever expected, and I really can't wait to see what Nicolas Refn and Ryan Gosling have in store for us next. I love how so many people I talk to about Drive always mention how shockingly violent it became, which I definitely agree with. However, from the very get-go, this movie's not holding anything back, as each new trailer showcases just how bloody an affair we can expect going into it. And I'm already falling in love with the music, too. Drive's is one of only two soundtracks I've actually gone out and purchased in about the past decade (the other being Tron: Legacy), and if the music in the trailer is anything to go by, then we're going to be in for another treat with this one.

So there you have it then. Certainly not the only movies I'm looking forward to, but these are probably my most anticipated for the remainder of the year, at least as of right now. And my top 2 movies of 2011 just so happened to also be Snyder and Refn films, but can it happen again in 2013? We'll see, but let me know what you think, and please feel free to chime in with your own most anticipated movies of 2013!

My original vision of the Velcro series was for it to be in the form of a comic book, and for years I tried to make that happen before I finally settled on writing the story out in novel form. But, sure enough, almost immediately after I published the finished book, I actually had a couple of artists come forward and show interest in working on a comic book adaptation. One of those people, Trevor, is actually someone who I used to work with years back, and at one point we actually did try and get this whole comic book thing going. Things didn't quite work out back then, but this time around we both took this project with the utmost of seriousness, and after months worth of work and polish, we've finally got the first chapter completed.

So here it is, the very first issue of Velcro: The Ninja Kat - The Comic! I hope you enjoy it, and we're already hard at work on chapter 2. I'll be posting each chapter online at www.VelcroTheNinjaKat.com as they're completed, hopefully on a monthly basis (but don't hold me to that!), and the plan is to eventually publish the comic in graphic novel form after we've finished enough chapters to fill a book.

Also, special for this first chapter, I went ahead and printed out official singles that'll be available exclusively at book signing events and conventions that I attend, so look out for those as well. And in the meantime, I hope you all latch onto this first chapter of Velcro: The Comic!

(In addition to my artist, Trevor Tee, special thanks go out to Chris Sabatelli and Safa Shariat for their contributions.)

Dog of the Day: BJ

The dogs have taken over! Welcome, everyone, to Dog Every Day April! And what better way to start Dog Every Day than with our very first Dog of the Day, BJ! 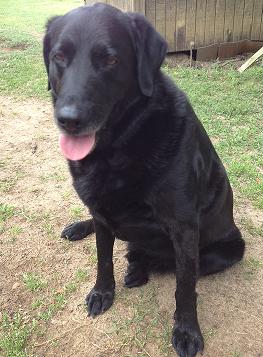 When I went over to my dad's house to meet with BJ and congratulate him on his big day, he promptly greeted me by handing me a tennis ball and insisting that we first play fetch. 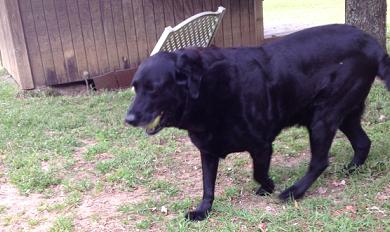 So I played along and tossed the ball a few times, but it wasn't too long before he started to get a bit dirty. And so he decided that both he and the ball needed to take a bath. 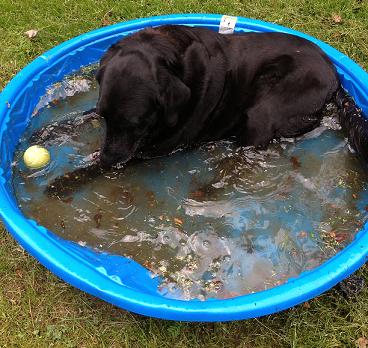 After bathing, he must have decided that I had gotten a little too dirty as well, 'cause he walked right next to me and gave me a quick impromptu shower as he shook all the water off onto me. 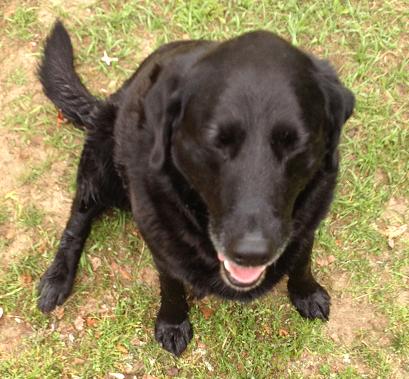 But I don't hold a grudge against him for that. 'Cause BJ's a good dog. He's really big and getting pretty old, but he's just living the comfortable life. And after our meeting had ended, he wasted no time getting back into bed to rest up for more brief runs of shenanigans to come. 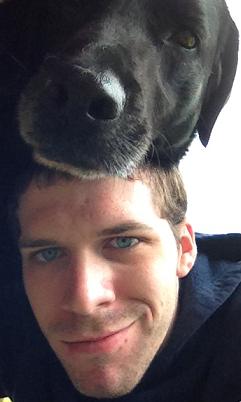 So congratulations again to BJ, and stick around for more Dog Every Day April! 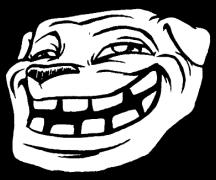 April Fools, guys! Nope, the dogs haven't quite taken things over just yet.

(But maybe in August?)