Cat of the Day: Tom 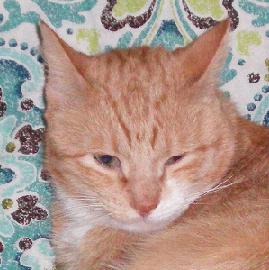 Today's Cat of the Day is none other than the tomcat himself, Tom (or, if you prefer, Mr. Tomnus). He's probably the least sociable of my mother's cats. The only time he ever talks is to inform you that you're doing something wrong, and even then, he meows so little that when he actually does, it comes out all scratchy, like his vocal chords are out of shape or something.

And, just looking at him, you might be tempted to think that Tom is just an out of shape cat in general. He's not quite as big as Stan, though he's definitely a big cat. However, this cat knows how to move. It's actually almost fascinating seeing such a big cat move around so quick. But when he's put into an uncomfortable position, he's just gotta go go go to the nearest hiding place he can find. 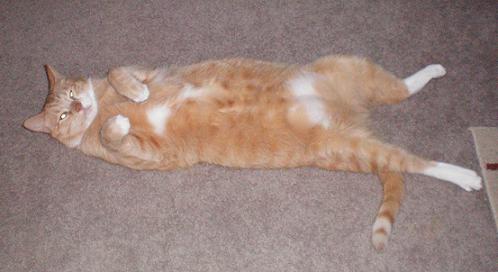 Pictured above: NOT an uncomfortable position!

And he'll get to those hiding places fast, but, being such a big cat, that doesn't mean that those places will do much good in actually keeping him hidden. 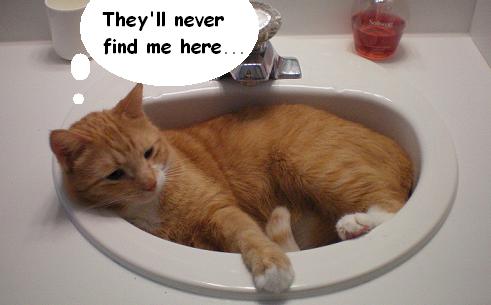 But he's a cool cat, even if he does take a bit longer than most to warm up to you. And believe me, you'll find out real fast when he finally has.

A picture so nice I'm posting it twice.
Posted by Chris Widdop at 12:44 PM