Cat of the Day: Scotch 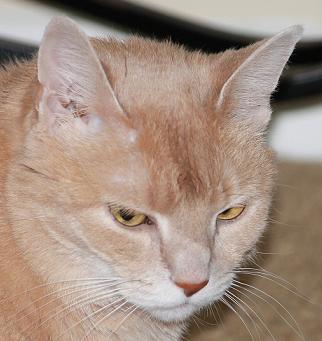 Today's Cat of the Day is Scotch. And it's about time, too, 'cause this cat's been waiting ever so patiently to have his day since I first started doing Cat of the Day. 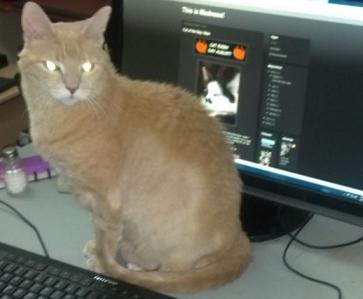 He is the evil pet of my friends Caroline and Cynthia. And no, I'm not even joking, this cat is evil pussonified. Seriously, take another look at that sinister glint in his eye.

Yesterday, I talked about the character of Charlie from my upcoming book, Velcro: The Ninja Kat. The real Charlie, who the character is based off of, was pretty much exactly as described. And, thinking on it, Scotch retains many of those same traits characterized there as well. He's also a bit of an ass, a cat who likes to start trouble. And he's not afraid to put his claws to use. Seriously, I still have marks on my arm from when he tore me up several months ago.

But, also like Charlie, Scotch has his lovable moments, too. Whenever he decides to come out of hiding and be sociable, he might just surprise you by hopping onto your lap to cuddle. But watch out, if you try to pet him even a little too much, he'll be quick to show his appreciation with a nice, clean swipe. Like I said, evil. 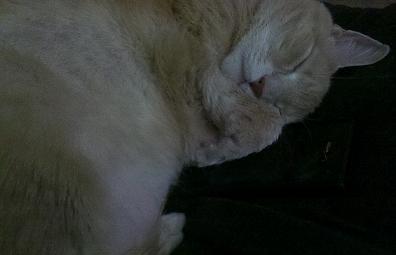