So this is a bit of a change of pace, but I was recently mulling over the old question of what one single book you would want to have with you if you were stranded on a desert island. I always loved my Poppie's answer to this question, as it defies what you'd typically hear from most people. Most people would likely say that they'd wanna have the Bible with them, and then after that you'd get people who would say their favorite novel that they could re-read over and over again. Then you'd get the smartasses who'd say that they'd take some sort of survival guidebook with them, but they're obviously missing the point of this little exercise. But as I said, Poppie didn't take the typical rout, and the book that he always said he'd take with him would be the dictionary.

See, my Poppie, Frank Trippett, was also a writer himself. And, being a writer, he was in love with words. He would just sit back in his big leather recliner and read the dictionary like you would a novel, starting on page one and absorbing all the knowledge of all these words into his psyche. The dictionary was more than just a resource for him, he genuinely took pleasure from just learning about and discovering new words. I thought his answer to the question was pretty fascinating. It's stuck with me ever since he first explained it to me way back when I was still a little kid, and it's inspired my own answer to that same question as well.

I'm really not a religious person, so out goes the Bible. And I never re-read books, ever, so even bothering to think of a novel to have with me and keep me company would be all but completely pointless. Now, I can be a bit of a smartass, but I'll hold off on the smartass response for the purposes of this post. No, if I were stranded on a desert island and I could have the choice of one book to have with me, that book would be the thesaurus.

Being a writer myself, I, too, have a thing for words. But the thing is, I also have issues with getting stuck on them, so I oftentimes find myself digging through a thesaurus to find what I was looking for. It's a problem I come across quite a bit, where I know the word I mean to use, but it just won't come to me at the time. And it especially sucks when it happens during conversation, or if I'm trying to explain something to someone (and it's even worse when it happens when I'm talking to myself! ... er, I mean, uh...). There's not much I can do about it during those awkward social situations, but at least when it comes time to sitting down and writing, whenever I get stuck like that, I can always just pull out the ol' thesaurus and get unstuck just as quick. And with such a tool at my side, if I were stranded on a desert island, I'd be able to sit around and write out my own books to occupy my time, so I wouldn't necessarily even need any others at that point anyways.

So yeah, the thesaurus would be my desert island book. And while mine is certainly more for resourceful reasons, I probably wouldn't have even considered it had it not been for my Poppie's own ingenious response. But I'd also love to hear your own responses, so please feel free to let me know what book you'd want to have with you if you were stranded on a desert island.

It was the perfect plan... 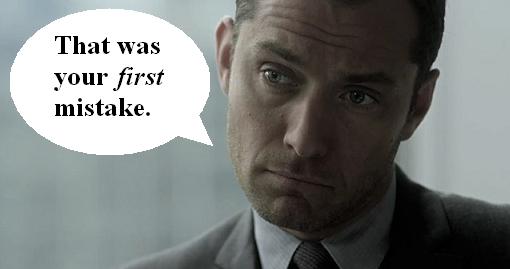 Side Effects is the latest (and possibly last) movie from director Steven Soderbergh. What starts out as a seemingly innocent enough medical drama, where The Girl With The Dragon Tattoo seeks help dealing with her depression, quickly turns into a thrilling mystery to uncover the truth behind the murder of Magic Mike, after the side effects of her latest prescription causes her to do things she's unaware of in her sleep. And meanwhile, Jude Law, being the psychiatrist who was working with The Girl, has to deal with the legal backlash for his medical treatment. But, nah-uh, he ain't just gonna go out like no bitch. You don't just mess up Jude Law's day like that and get away with it. Jude Law's gonna get to the bottom of this! 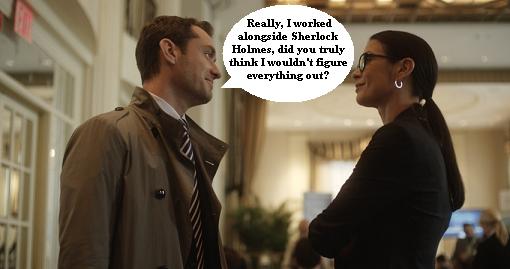 The direction is absolutely slick, and the transition into different genres as the movie moves along feels smooth and natural. There's seriously some nice twists that I truly didn't see coming. In fact, the only thing I didn't really like about the movie was a hand-holding flashback near the end that felt out of place, and really only existed to cater to anyone in the audience who were either too dumb to follow along or just weren't paying any attention at all. 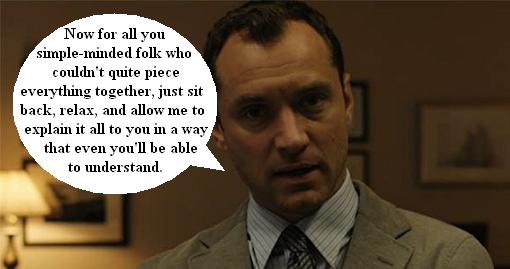 But that little tidbit aside, I really enjoyed this movie quite a bit. Save for Catherine Zeta-Jones, who turns in yet another obnoxiously over-acted performance to add to her ever growing resume of obnoxiously over-acted performances, the acting here was exceptional all around. The writing is smart, and the film is super engaging from start to finish, and will be sure to surprise you in more ways than one. Everything just clicks into place so nicely. So if this is Soderbergh's last movie, then at least he went out on a fairly high note, and he left us all with one last, very important message to keep in mind: Do not fuck with Jude Law. 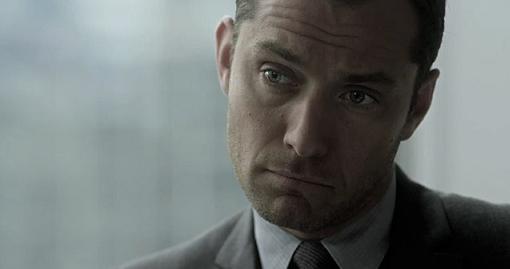 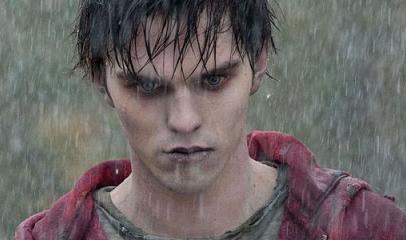