... Not a very good movie. Nope, as expected, 300: Rise of an Empire is a cheap imitation of the first movie, one that possesses no actual understanding of what made that movie good, fun, and enjoyable in the first place. 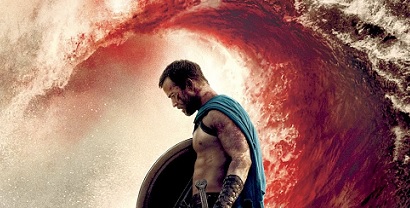 The story takes place concurrently with the story from 300, focusing on the battles at sea, where we follow a generic, uninspired protagonist whose name I've already forgotten as he aims to lead a united Greece in their battle for freedom against the Persians. And by the end of this little side story, the one thing I couldn't help but wonder was what the point of this even was.

That's the thing, this movie is all but entirely pointless, and even goes so far as to neuter any of the drama in its big climactic finale by showing us in the opening scenes that the Spartans are, indeed, on their way to aid in the battle (and not even the battle that the first movie ended on, either. Guess we'll have to wait for a third movie to see that? Blah...). Not that it was ever really in doubt, but it just goes to show how misguided this movie was from the get-go.

But bland as the storytelling can be, where this movie's writing really fails is in its dialogue. As the credits rolled and my friend asked me what I thought, I merely turned to him and asked him a single question. "Can you recall a single line from this movie?" And therein lies the problem. Where the first movie couldn't go five minutes without throwing some epic one-liner at you that'll remain ingrained in your brain for the rest of your days, even as the credits were rolling on this one, with this movie as fresh in mind as it'll ever be, there wasn't a single memorable line from this movie that I could recall.

Where this movie also falters from the first is in its action scenes. Where as Snyder's signature style from the first movie incorporates a mixture of slow motion, fast motion, zoom-ins, and zoom-outs, all compiled together to form stunningly slick and stylized action sequences that are a sight to behold, this movie only got so far as the slow-mo. And that's it, just a bunch of action scenes shot in slow motion, which is about as boring as it sounds. And in addition to that, this movie also relies far too heavily on splattering the screen with terrible looking CGI blood at every single available opportunity, which grew tiresome within the first couple minutes, and doesn't let up to the very end. Blargh!

Now, that all said, there were a couple things that I liked about this movie, mostly involving Eva Green's character, who is quite the bad ass chick. 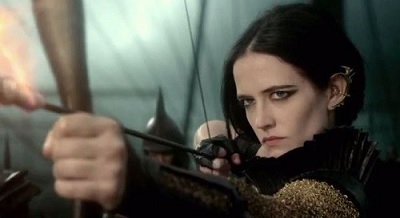 Commanding the Persian navy, her character is pretty sick and demented, yet with a backstory that actually compliments her actions. She's quite the character, and is the one thing that keeps this movie even the least bit afloat, and is unquestionably the most interesting aspect of the entire film.

Also, between the boring action scenes and the pointless plot, we're actually treated to some stunning imagery from time to time. Scenes such as the explosion at sea have moments of such majestic beauty that it's kind of a shame to see them go to waste here. Such images deserve a far better picture than this, but alas.

So yeah, I honestly can't say that I was expecting much from this movie, but there's always some hope that it could've possibly recaptured the magic of the first. But, no, we got Rise of an Empire instead, which quite frankly shoulda probably been a straight to DVD release. And assuming this one makes money, it definitely implies that they wanna make room for more sequels. However, if they're gonna be anything like this one, then we really could do without them. But as it concerns this movie, if you're a fan of the first, then you're better off just rewatching that one rather than suffering through this disappointment. 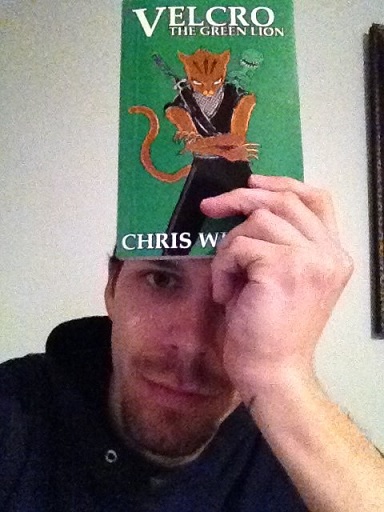