Brave: A Review in GIFS!

So after seeing the latest Pixar movie, Brave, I determined that, quite frankly, there's just not much worth saying about it. So rather than writing up a full review, I'll instead show you some of my reactions I had towards the movie in the form of gifs. 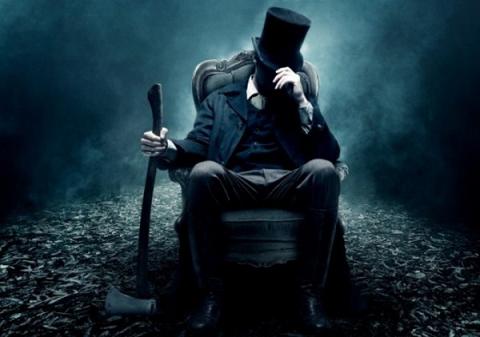 So yeah, this movie happened. I was laughing throughout, as were the other five people in the theater. But in the end, we all know how Abraham Lincoln's clearly historically accurate tale ends. In fact, after everything that happened to him up to this point and all of the crazy shit Abe survived, the fact that he ultimately goes down the way that he does may be the most ridiculous thing in the whole movie! Certainly a less than desirous ending for good ol' Honest Abe. But yeah, like I said, terrible movie, but worth every penny.
Posted by Chris Widdop at 9:31 AM 4 comments: 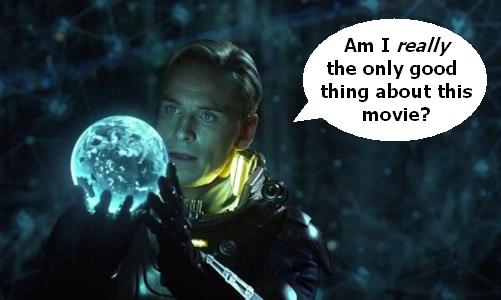 Pretty much. With the exception of Michael Fassbender's awesome performance, this whole movie is really just one big underwhelming mess. I mean, I went in with no expectations at all, and yet I still somehow came out disappointed. This movie feels like it just wants so desperately to be this grand sci-fi epic, with mild elements of a horror flick interwoven within, but the movie just fails on all accounts.

Let's start with the plot, which is just a clunky disaster. So in this prequel to the Alien franchise, we're following these characters as they travel to a distant planet in order to discover the makers of humanity itself. And honestly, it really does start off on a strong note. The story is initially very engaging, and the premise is certainly an intriguing one. However, pretty much the moment they actually land on the planet and begin their mission, the movie gradually begins to crumble apart.

Characters were soon acting entirely differently from how they were originally introduced to us, and for no apparent rhyme or reason. The characters were just very inconsistent across the board, and in some cases entirely pointless. Charlize Theron, for instance, serves absolutely no purpose in this movie. Her character contributes nothing to the plot, and yet, despite her lack of relevance, they felt the need to shoehorn in several little "human" moments for her, even going so far as to force in a last minute "twist" concerning her character's relationship towards another. But this "twist", like everything else revolving around her character, has no impact on the story at all, and is never once even mentioned again, rendering it entirely pointless.

However, while the movie placed so much focus on such an unimportant character, it sort of just glosses over a very important plot point later on in the movie. This is a bit of a spoiler, but the main character, played by Noomi Rapace, is unable to have children. This fact plays a major role in the film, and yet it's just sort of randomly dropped on us well later than it should have been. This is something that should have been hinted at and eased into the film from the very beginning, but nope. We're given no clues whatsoever to this important information until it's just nonchalantly brought up, leaving me sitting there thinking, 'Oh... well okay then!'

The visuals in the movie are mostly well done. Whether they were wandering through the planet's caves or just going about things aboard the ship, the scenery always had a very appealing look to it. The CGI creature effects, however, left much to be desired. There's a short blip of a scene where we see something crawling in one of the main character's eyes. And that was the only time any of the creature effects in this movie left any kind of an impression on me. The rest of the time I was, as I've said before, completely underwhelmed. They just had a very fake look and feel to them, like you knew they weren't really there, and it just happened to really stand out for me this time.

As I walked out of the movie, I actually said that it wasn't bad. However, upon further reflection, I really think that had Michael Fassbender not been as incredible in this movie as he was, I would have absolutely hated it. Really, Fassbender is the one shining light in this dark, gloomy movie. He plays an android named David who overlooks the ship's crew as they sleep during the long travel to the distant planet, and joins alongside them on their mission with a constant, infectious feeling of wonder. Fassbender just kills in this role, and his character grows so much over the coarse of the movie, adding on new layers of depth with each new discovery, something that is sorely missing from every single other character. (And physically speaking, he also looks so good here that I'm almost tempted to go back and move him up a couple spots in my, uh, list.)

But yeah, It's very possible that I'm being too harsh on this film. The consensus seems to be split right down the middle as far as who likes it and who doesn't, and from what I've gathered, fans of the Alien franchise appear to be among those who enjoyed the movie more than everyone else. So if you're an Alien fan, then you may well like what this movie has to offer. But for everyone else, I really can't recommend this one at all. The plot is a mess, the characters are all over the place, and the effects are generally unimpressive. Sure, Michael Fassbender's great, but then, what else is new?
Posted by Chris Widdop at 10:11 PM 2 comments:

An Entire Compilation of Children's Songs

First, I would just like to thank everybody who has taken the time to watch my new movie, and a big thanks to all of you who have helped spread the word. Thank you to everyone whose given me feedback of any kind, every bit of it truly is helpful. And to my friends and family who helped actually make the movie itself, I can't even express in words how grateful I am to all of you.

So then, as it would turn out, this marks my 100th post on this blog! And what better way to celebrate this milestone than with a look at some outtakes from The Red Scarf. So I put together a little blooper reel, complete with a soundtrack provided by my very own cast and crew, which I would now like to share with all of you who've seen the movie. (And for those who haven't yet, you should totally check out the movie first, 'cause there's some spoilers in here.) 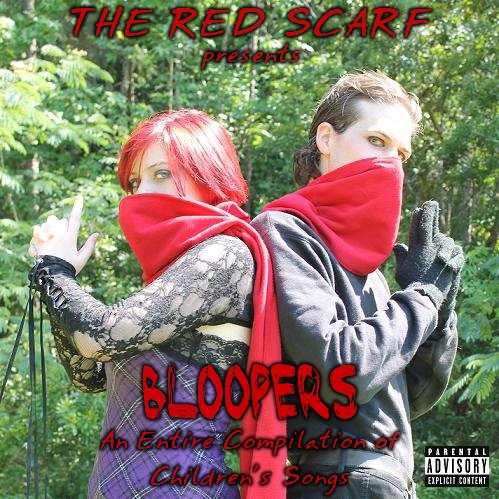 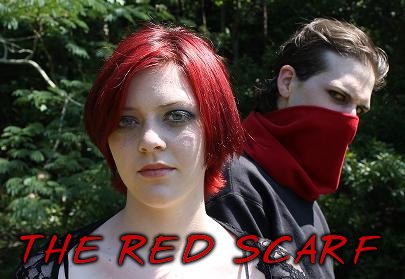 So here it is, my first movie. Hope you enjoy it!
Posted by Chris Widdop at 6:37 PM 8 comments: