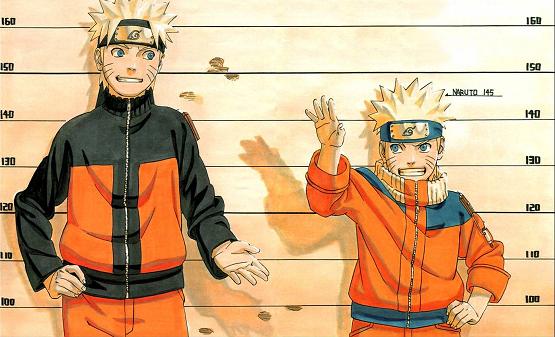 So I lied yesterday. I said there was a few games that I'm looking forward to, but there's actually not even that many. Nope, only two, and the other one just so happens to share a similar name and premise as yesterday's game. So, Naruto Shippuden: Ultimate Ninja Storm Generations. Speaking of generations, I've played very few games this gen that I would consider good, and even fewer that I've been able to put more than a handful of hours into before getting bored. But among those few that have truly impressed me was last year's Naruto Shippuden: Ultimate Ninja Storm 2, which took me completely by surprise.

Being a Naruto fan, I've given some of the games in the series a shot. They've been okay, but nothing worth writing home about or anything. So when I went into Ninja Storm 2, I was expecting more of the same, even though the previews looked especially good for it. But that game absolutely blew me away. The adventure mode was gripping, and kept me coming back for more to visit every nook and cranny. Not to mention certain elements from the story mode were actually improved upon from the source material. And the fighting engine, while different from most fighting games, was truly rewarding once you got the hang of it. This game was simply addicting, and I sank more hours into it than I care to admit.

What I also really liked about Ninja Storm 2 was that it really was a game made with diehard Naruto fans in mind. The fact that the Pain portion of that game was a direct manga adaptation, as opposed to an anime adaptation, is probably the biggest token to that. And while Ninja Storm 2 already felt like the ultimate must-own game for Naruto fans, this upcoming one looks to be an even more complete Naruto experience.

Ultimate Ninja Storm 1 covers almost all of part 1 of Naruto, while Ninja Storm 2 covers everything after the time-skip up to the Pain arc. With Naruto Shippuden: Ultimate Ninja Storm Generations, this game is essentially combining the first two Ninja Storm games into one, allowing us to play with all of our favorite characters as both their younger part 1 forms, as well as their older selves from part 2. And not only that, they're including some of the glaring omissions from Ninja Storm 1, such as Zabuza and Haku. Plus, since the story has progressed since Ninja Storm 2, we'll also be getting some of the characters introduced since the Kage Summit arc added in as well, making for a much more complete roster than probably any Naruto game prior.

After Ninja Storm 2, I was saying that they really should probably hold off on another game for now. Since the War arc was just getting under way at that time, I didn't want them to just churn out another game with little in the way of new content in the meantime. However, if they absolutely have to release something new, then I think this is definitely the best rout to go. Especially considering that Ninja Storm 1 was only released on the PS3, meaning that I, an Xbox 360 owner, was unable to play it. So in a way, this makes up for missing out on that, and should be a great way to tide over us Naruto fans before they ultimately go all out again with the inevitable War arc adaptation.
Posted by Chris Widdop at 12:26 AM