So it's the end of summer, all the big blockbusters have come out, and now we're just waiting for the huge flood of big name films that are set to release next year. But in the meantime, while most of this year's biggest titles have already come and gone, the year's not over just yet. So right now, we're going to take a look at just a few of the upcoming movies I'm most looking forward to for the remainder of the year. 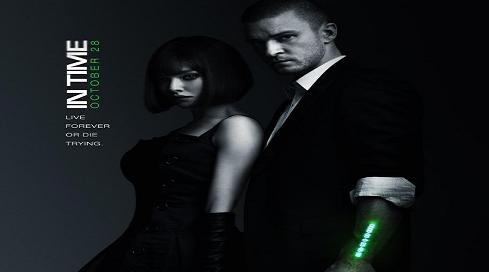 
This one caught me by surprise. I've seen a few trailers for this movie, and each one intrigues me more than the last. It's a sci-fi film starring Justin Timberlake, Olivia Wilde, and Cillian Murphy. Basically, time is currency in this world. People stop aging after a certain point, and how much longer they have to live depends on how much time they have remaining. The rich can live forever, while the poor die young. It's certainly something different, and one that immediately caught my attention. The cast looks good and the premise sounds ambitious enough, but then again, I said that same thing about this year's The Adjustment Bureau. That movie was alright, but it could have been so much better, and I just hope that this movie doesn't suffer from similar setbacks.

Sherlock Holmes: A Game of Shadows


It's no big secret that I loved the first Sherlock Holmes movie. I didn't particularly care about the plot or the action. And honestly, I'm not even all that impressed by the trailer they've been showing for this one so far. And yet, I'm still certain that I'll be getting my money's worth with this one, and it's all because of the wonderful performances by our two leads. Robert Downey, Jr. and Jude Law have such a natural, such a fascinating chemistry with each other. Seriously, I could watch those two just banter at one another for hours and hours. It's their constant back and forth that sold me on the first, and it's what I'm looking forward to most with this one. But as much as I'm looking forward to more of Watson and Holmes, there's one movie coming out that's got all the rest beat... 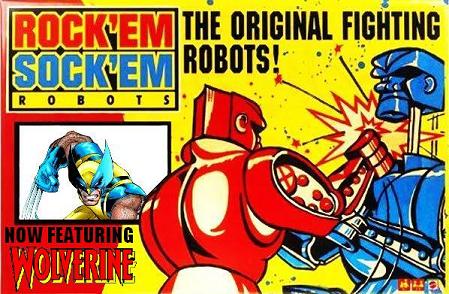 
Hell yeah! Rock 'Em Sock 'Em Robots: The Movie, starring Hugh Jackman! My god I can't wait for this one. I've been seeing previews for this all year, yet unlike other long running ad campaigns (Cowboys & Aliens...), the more I see of this movie, the more I can't wait for it to come out. And yes, I know it'll probably be super cheesy, and it has all the potential in the world to be panned across the board by the film buffs and critics alike. Yet I still can't help but look forward to this one. Even if it is bad, I just know that it's gonna be one of those movies that's so bad, it's good! I mean really, look at it. Wolverine training a robot to fight other robots. How can this movie not be the most awesome thing ever?
Posted by Chris Widdop at 1:14 AM