I was talking with an old buddy the other day about how awesome the music scene used to be in Tallahassee, and the types of bands that we used to listen to during our high school years, mainly consisting of punk and hardcore. Quite a few of these bands even played in town (back when bands actually came through Tallahassee), and I was lucky enough to make it out to most of their shows.

Back then, the scene in town was unlike any other, as bands of both varieties were playing on the same shows on a regular basis, and the two fanbases united as one. Even the bands themselves would comment on how unique a dynamic this was for them, as they hadn't seen anything like it in any of the other towns they toured through. It was truly a scene that was about the love for music. Though, sadly, this awesome period eventually divided with petty squabbles amongst the two fanbases, and ultimately lead to the demise of the local music scene.

But right now, I'm going to focus on the point when the local scene was kickin', back when I was totally into the style of music, as I take a look at my Top 5 Favorite Bands from this point in my life. But before we get on with the list, a few honorable mentions I'd like to throw out there include Darkest Hour & Dead to Fall (lets face it, those two bands were a package deal), Dead Kennedys, and Black Flag. Now then, onto the main list! 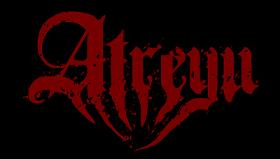 During a period of time when just about every hardcore and metal band sounded exactly the same, Atreyu made themselves stand out amongst the crowd with a sound that added a little more than the same old "three chords and a breakdown" routine that everyone else was doing. With lyrics that you could (usually) actually understand and guitar solos that trumped what everyone else was doing, Atreyu was a band that truly distinguished themselves, and stuck with you well after the music had ended. That said, the only time I recall them coming through town was when they had really started gaining some notoriety, and as such they were playing their newer songs instead of their original, much more memorable set list, which didn't go over all that well with the local scene (though I personally still enjoyed them).

Speaking of easy to understand vocals, there's not a single screamer in the whole world who does it better than the guys in Hatebreed. This band, simply put, perfected this sound, and tore up the hardcore scene anywhere they went. They came through town once, and it just so happened to be on a night when I had to work late. But the second I got off work, I rushed as fast as I could to the venue and made it just in time to see them live. I was still in my work clothes as I jumped in the mosh pit, and I've seriously never gotten more worn out at a show than I did during their set. I even had to take a moment to step outside and catch my breath about halfway through, but god was it worth it. One of the most powerful bands on the scene during this era.

Standout Song - I Will Be Heard

The only local band on this list, unlike all the others, Convicted never did make it big. And it's a damn shame, because more so than pretty much every other local band during this period, the drive and the talent was definitely there for this band to have gone on to bigger and better things. I've probably seen this band more times than any other, as they played at pretty much every other show in town, and it got to the point that the entire city knew their whole set list by heart. With a bit of a raspy oi punk sound, this band got everyone on their feet and moving around anytime they stepped on stage.

Since they are such a small-time band, none of their songs are available on youtube. However, you can check out more on the band and download their songs here. (Standout Song - She)

This band was a blast. A ska punk rock band, these guys always put on a hell of a show, wearing Mexican wrestling masks and incorporating a spectacle of fire in their set (back when they were still allowed to do that kind of thing). My buddy and I actually bought a couple of cheap Mexican wrestling masks to wear at one of their shows, which everyone got a pretty big kick out of. In fact, their show was the only one in which I ever got kicked out of (for stage diving one too many times). And despite the fact that my arm was in a cast at the time, the bouncers had no problem dragging me outside and tossing me down the steps, the asshats. But still, I got to skank to most of my favorite songs and had an awesome time nonetheless.

Hell yeah! God I love the Misfits. Of all the bands I listened to at the time, the Misfits are the only ones I still pop in on occasion. And it makes sense, as they're one of the bigger influences to a lot of my favorite bands today. They were also a band that was great to poke fun at for various reasons. For instance, I always comment how they've only written one song per album, and just tweaked that song a little bit for every track. But it was true, though each new album did present an entirely new sound, without abandoning their signature style or treading on their older stuff. And there's also a bit of a drinking game with their music, as I'm almost certain that at some point during each and every single one of their songs you'll hear them sing the word "whoa". But I loved these guys, in all their various incarnations. I never did get to see this band live, which kinda sucks, since of all the bands I was introduced to at the time, this was definitely the one that stood out the most. But as such, unlike the other bands on this list, I'm gonna give these guys two Standout Songs: