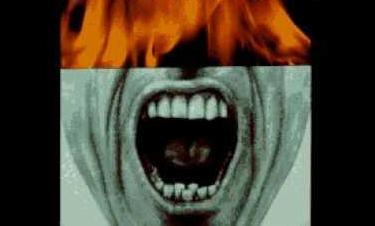 What drives a person to commit acts of evil? What makes a human want to do good? And if you're left with no choice in the matter, are you even human at all? These are the ideas that Anthony Burgess tackles in his brilliant work of art, A Clockwork Orange. I finished reading the book last night, and it is definitely the best and most impressive book I've read this year thus far. And after being so floored by the book, I decided to give Stanley Kubrick's movie a watch, and, well, let's just say that I was far less enthused with what I saw. (Spoilers ahead)

The main thing that I loved about the book was the language. Burgess invents a very unique language that takes a little getting used to, but once you pick it up, it's really quite fascinating. And as the book's narrator, Alex, grows through the story, we see as the language gradually reverts to a more normal style of speech. The execution of this technique is quite frankly brilliant, and completely latched me on to this utterly despicable character's story.

Almost all of the book's real charm lies in its language, which is almost entirely lost in the movie adaptation. To be fair, most of this material is honestly un-adaptable, though that does beg the question as to why even bother trying to adapt it at all. The movie is very over-the-top in every single way, almost like watching Willy Wonka and the Clockwork Orange, and I almost wonder if this was done as a way to possibly compensate for the lack of the over-the-top language present in the book. However, if that's the case, then it was a poor decision to make, as it constantly makes the movie a chore to sit through.

For one thing, I absolutely hate the visual aesthetics Kubrick settled with. It's not that it's necessarily bad, I just personally couldn't stand it at all. And it makes me glad that I read the book first, else his visual style might have influenced the book's images as I envisioned them. But even more so than the visuals is the acting. Every single character is over-acted to the point of absurdity, where it actually becomes hard to even watch at times.

The only exception to this would be when Alex, played by Malcolm McDowell, is in prison, in which the extreme opposite becomes the case and the character is actually far too subdued and normal. Otherwise, as with every character, Alex is, for the most part, way over-played. For example, in the book, after taking part in a controversial method to remove his evil tendencies, Alex begins to feel physically ill at the mere thought of performing such acts. And the movie's way of showing this illness was to have Alex fall victim to a fit of burping. I don't even know where to begin with how idiotic and disgusting a decision this was, and I fail to see how Kubrick couldn't have easily found a better, more fitting way to show Alex's sickness.

And after the movie ended, the final scene stuck in my head, but for all the wrong reasons. The scene entails Alex lying in a hospital bed, unable to feed himself as the Minister of the Interior is going over politics with him and helping Alex eat his meal. During this scene, Alex opens his mouth in an exaggerated and mocking fashion to receive his food, only to bite down with a sly grin and chew his food in an, again, exaggerated fashion. Now, this would have been fine had they only did this the one time. Two times would have been more than enough. However, they repeat this exaggerated form of eating upwards of ten or so times, each time feeling more absurd and gloating in fashion. Kubrick really didn't know when to say enough was enough.

Another thing that I found very off-putting about the movie was its over-sexualization. The movie is borderline pornographic in nature, and in over-doing it, it greatly devalues the impact, making it lose its luster. And I suppose, given everything that preceded it, it shouldn't have come as a surprise that the film ended with yet one last pointless and excessive sex scene. As I've mentioned before, Kubrick really should have held back substantially not only on this, but on almost every single aspect of this movie, as its lack of any form of subtlety is to the detriment of the movie's overall quality.

The movie wasn't all bad, however. The score was by far the standout, utilizing the classical music that our Humble Narrator obsesses over to great effect. And there were a couple of scenes that I thought were generally well done. While not pleasing on the eyes, I otherwise loved the initial break-in scene. Alex singing "Singing in the Rain" was a nice touch that added just a little bit of charm to an otherwise morbid scene. And I also thought that the scene where Alex was being checked into prison was probably the best in the movie. Mind you, nothing of any actual importance or substance happened in that scene, and it could have been cut from the movie entirely without missing a thing. However, it was the more quiet nature of the scene that made it stick out as the movie's highest point, and if Kubrick could have taken note and utilized this same level of delicacy throughout, then this film would have benefited tremendously for it.

As for changes that the movie made from the book, at least as far as the story itself is concerned, I honestly don't have any big issues with anything. Most of the changes make perfect sense within the context of the movie. The one thing that I wasn't a big fan of was that the movie neglected to include any of the references concerning the title's meaning. However, this honestly wasn't a major loss.

In thinking about this adaptation, my mind actually begins to wander to a more recent movie, that being Paul Thomas Anderson's The Master. While not entirely the same at all, it did deal with similar ideas of trying to cure a mental illness through controversial means. And it managed to handle the subject matter at hand in a way that didn't blow everything out of proportion. In this sense, I almost feel as if The Master is a better cinematic interpretation of Anthony Burgess' novel. On a technical level, The Master is a stunningly well crafted film. Almost everything about it is marvelous, the acting all around, the music, the cinematography, pretty much everything.

However, The Master's one downfall, similar to A Clockwork Orange (both the movie and the original American book release), suffers from an unsatisfying ending that almost renders the whole thing pointless. Now, I can't blame Kubrick for his movie's ending, as it was faithful to the original release of the book. That said, it's a shame that the original release omitted the final chapter, as I felt it really drew the story to a close and showed an actual, sincere growth for our Humble Narrator. And had I read the book as it was originally released, I likely would have been totally put off by its conclusion.

But in the end, even without comparing it to the book, I still wouldn't have liked the movie at all based on its own merits. And as I've said, I'm really glad I read the book first, as otherwise I doubt I would have bothered with it. But the thing is, Kubrick's not a bad director at all. He just really went far overboard with this particular movie, taking a brilliant novel and churning out an unappealing slop.