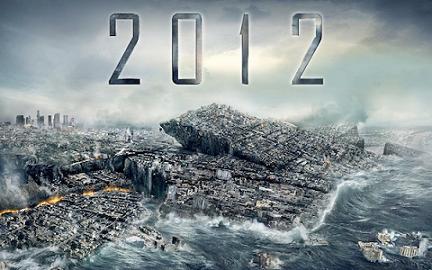 2012 has been an interesting year. Overall, it's probably been my most successful year in terms of achieving goals is concerned. However, without getting into details, it's also been one of the most emotionally struggling years I've ever experienced. But lets not focus on the bad, and instead, jump right into the good that this year had to offer:

- I filmed a movie. It's something I've been wanting to do my whole life, but I finally managed to get it done and get it out there. And it's been generally well received by most people, which is really awesome. I know the finished product wasn't perfect (the sound was terrible, I know!), but I was still very pleased with the final outcome. And besides which, it was fun as hell to make. We had our fair share of speed bumps along the way as far as casting and re-writes were concerned, but all in all, everything managed to work out and come together fairly well, and I couldn't have done it without all of the help and support that everyone involved contributed.

But as I said, it's received generally positive reaction, and I'd like to just share one of those reactions with you now, one which meant a lot to me and comes from my cousin Andrew:


I finally had a chance to sit down and watch your movie, and I am thoroughly impressed--a lot of people talk about making a film, and stop there, at the talking-about-it-stage. A few people get around to writing down a page or two of a script, and never get beyond that point. Even fewer people finish a script, and the number drops even lower to the number of people who turn that script into a movie. So much dedication, passion, and effort goes into filmmaking, and you possess all of those attributes, not to mention the ability to clearly tell the story you've aspired to tell. Congratulations, this is a huge accomplishment, I look forward to your next one (maybe you'll even invite me to come work on it, haha)!"

- Not only did I film a movie, but I also published a book. Velcro: The Ninja Kat is something I've actually spent the past several years working on, including an entire year spent trying to get it published through traditional means. But in the end, I felt that I just needed to get this story out there somehow, and so after doing my homework and wracking my brain over all the work that was ahead of me, I finally managed to pull everything together and get this book released.

And since its release, I believe it's been moderately successful thus far. I've held a handful of book signings and contests, to varying degrees of success, and have managed to get the book in a number of stores so far as well. And hell, I even managed to get a blurb in the local paper. And not just any paper, but the Thanksgiving Day edition, aka, the biggest paper of the year. So word's getting out around town on my book, and in the meantime, I've still been working on more strategies to spread the word even further.

- Before I decided to write Velcro: The Ninja Kat as a book, my original vision of the story was for it to be a graphic novel. After spending quite some time unsuccessfully looking for an artist, sure enough, just as I published it, a number of artists stepped forward to offer their services for a possible comic book adaptation. Now, I don't usually make these kinds of announcements public until everything is squared away and finalized, because I hate making false promises to my loyal readers, but as of right now, we're working hard on this adaptation, and I'm really feeling good about it. So hopefully it all works out!

- And in the most random of events, I sorta just happened to stumble into a really good job. I was purposefully unemployed for about a year, dedicating my free time towards working on my movie and other writing projects, when I happened to go to the dentist one day for a check-up. And, on my way out to pay for the procedure, the nice, pretty lady at the front desk asked me if I wanted a job. Just out of the blue. I said sure, and sure enough, I started working for a dental lab a month later.

The pay is good, the hours are good, and it's a fairly nice, stress-free environment with decent enough people working there. My job involves me picking up and dropping off deliveries, as well as making stone models of people's teeth that are then used by my co-workers to make crowns and stuff. So yeah, it's a really nice job, much better than any other job I've ever held, and the best part is NO CUSTOMER SERVICE!

- I've also done quite a bit of reconciliation with friendships. I actually had sort of a falling out with several friends recently. My old group of friends from high school kinda drifted apart, including one of my best friends with whom I've had off and on issues with over the years. And it also just so happened that certain altercations drove me away from my group of writing friends for a while late last year. But pretty much at the turn of the year, things started getting better.

After straightening things out, I was back to hanging out with my writer friends again, many of whom helped out with my movie, and things have been pretty great for the most part since. And as for my high school buddies, that same best friend owned up to his mistakes and has made an honest effort to hang out more often, after years of being one of the biggest flakes I've ever known. But he's pretty much put that part of himself behind him and has really gone out of his way to make our friendship work again, which has been very uplifting for me.

So yeah, I'm pretty sure I hit most of the marks. And despite any of the bad that I may have experienced in the past year, I have generally high hopes going into the next one. I'm hoping to get a lot more done with my writing, including finishing up the sequel to Velcro: The Ninja Kat and its potential comic book adaptation, as well as an entirely different story I've been working on that I'm really falling in love with. I'm probably going to put film making on hold for a bit, as I don't currently have any feasible ideas just now, though I definitely plan to pick the camera back up at some point.

So I suppose that's about it, and here's to a good next year!