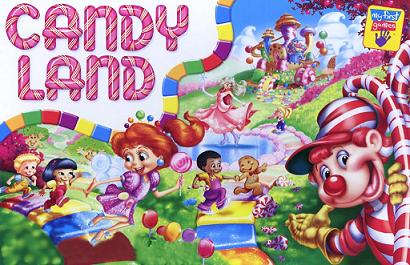 So Wreck-It Ralph was an enjoyable movie overall. It wasn't quite the movie that it was advertised to be, having more in common with the board game Candy Land than any video game I've ever played, but still, it was a nice, fun little movie.

The story is basically that Wreck-It Ralph is the villain of the arcade game Fix-It Felix, Jr., but he doesn't want to be the bad guy anymore. The life of a video game villain is a lonely one, and even after the game ends, the heroes of the game continue to treat them like garbage. So Ralph wants to try his hand at being the hero, so he goes rogue, visiting other video game worlds in his attempt to prove that he can be the good guy for once.

The premise sounds interesting, and I was really looking forward to seeing a lot of classic video games get showcased here. But outside of the very beginning and the very end, the vast majority of this movie has very little at all to do with video games. Ralph eventually finds himself in a game known as Sugar Rush, which is a candy-based racing game. And once he arrives, and for the remainder of the movie, it essentially becomes a movie about candy.

The video game references go out the door in favor of candy puns at this point. But while it's certainly a bit disappointing that this is the rout this movie took, it's honestly not all that bad. The movie is still very good and fun, and the jokes are still genuinely funny and enjoyable. And near the end, it even gets surprisingly emotional on top of everything else. Sure, it's a bit cutesy, but it's not overbearingly so. And I especially thought that I was going to grow tired of Sarah Silverman's character, but even she actually really grows on you.

When it actually does focus on video games, that's when the movie really excels. Seeing classic villains from various games take part in a group therapy session was awesome, and they litter the world with lots and lots of little references here and there that are easy to miss. For instance, there's a brief moment where the words "Aerith Lives" are graffitied onto a wall, and they even threw in a Sonic PSA, which I got a huge kick out of. And I just know that this is the kind of movie where, the more you watch it, the more little things like this that you're going to catch.

However, good as everything was, it's probably telling that the best part of the whole movie was the ending credits. During this sequence, Ralph and the gang visit various classic gaming worlds in pixelated fashion, including Sonic's Green Hill Zone and the car bonus stage from Street Fighter II (which got the biggest applause of the whole movie from my audience). This whole thing is really just a blast, and it's pretty much what I was expecting this whole movie to be, so it's kind of a shame after the fact to find that this aspect played such a small role in the film.

So even though it wasn't what I was expecting, it was still a good movie overall. And its message of accepting who you are was particularly well implemented I felt. So yeah, that's really all I've got to say on the matter, so to send us off, I'll turn your attention to everyone's favorite Hedgehog with my very own "Sonic Says": 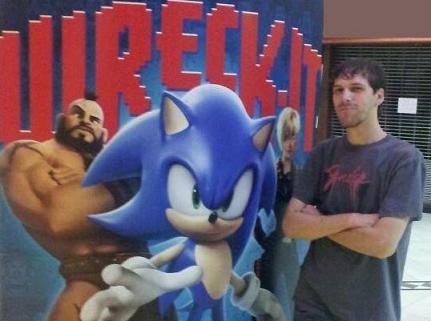 "Hey kids, if you're expecting to see your favorite video game characters like me and Zangief all the way through, then you might be disappointed, and that's no good. But if you go in with an open mind, then you might just find yourself having a good time anyways!"