Breathe - Under the Breath 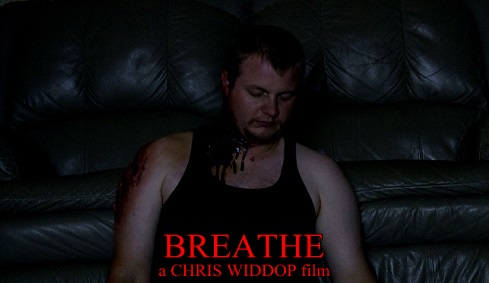 A couple of weeks ago I released my latest movie, Breathe. And I mentioned how it was a bit of an experimental film, so I wanted to discuss it a bit more, and give you a little bit of a peek behind the making of this movie, a look "under the breath", if you will, and share with you some insight, as well some pictures provided by our on-set photographer, the awesome Suzette. 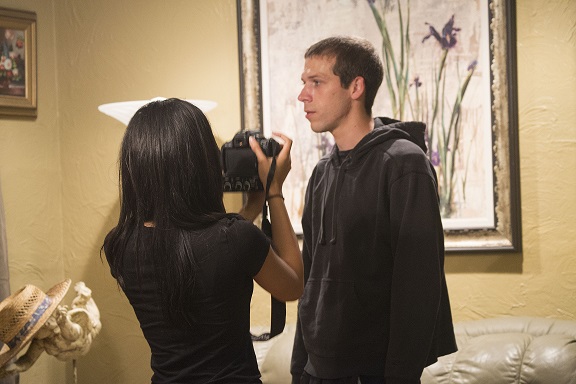 To begin, let's start with this story's inception. The idea for this movie came to me in a dream, a dream that was so vivid that it actually sprang me from my sleep, where I instantly awoke and had to write it down right then and there. I know of some people who write down their dreams on the regular, but honestly, this is a very rare occurrence for me, and especially for an idea to sneak up on me that not only was so vivid and so different, a bit ambitious (but not too ambitious), but most importantly, particularly at my stage of the game, was also realistically filmable. 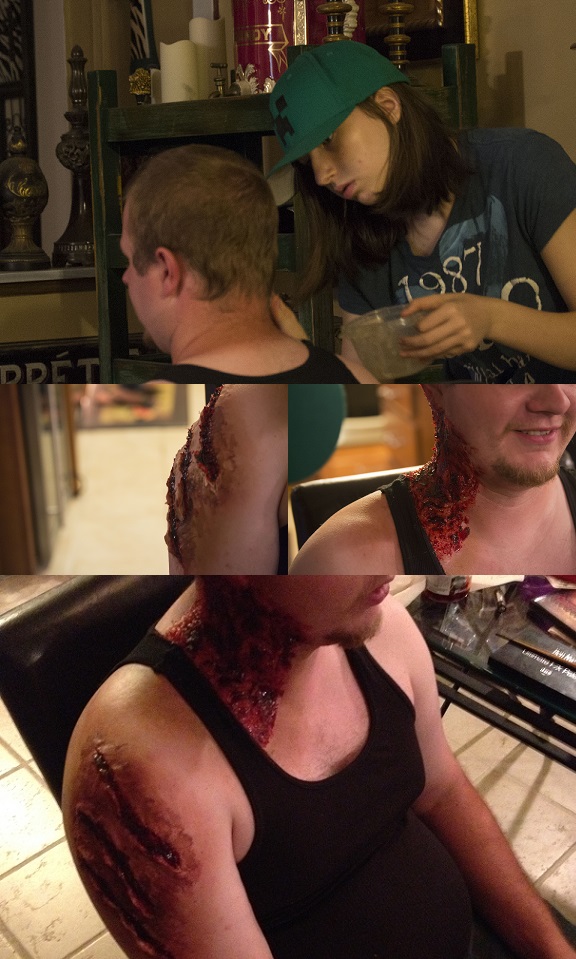 As I wrote the screenplay, I knew that this one was going to have its own challenges, the most notable among them being sound. Now, this is admittedly my weakest aspect as a filmmaker, and was the one universal complaint everyone had about my first movie, The Red Scarf, that the sound quality wasn't all that good. And so I proceeded to address this discrepancy of mine in two forms. 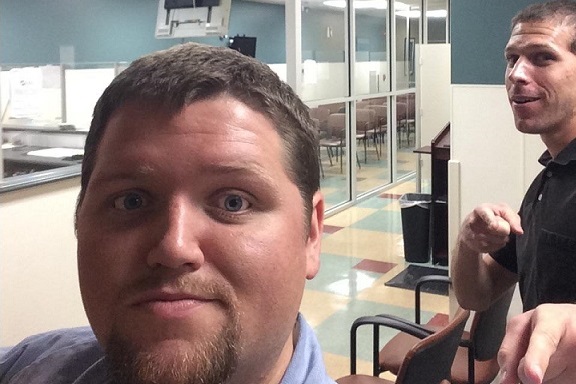 The first was for my next film, Dream Girl, to be a silent film and just do away with sound entirely, so there was nothing to worry about in that regard. And while that certainly worked in that film's favor, I also didn't really learn anything as a filmmaker as it regards the actual use of sound. And so, my next challenge was to do away not with sound, but rather, the music that I had quite possibly been relying on a little too much up until this point.

That's right, Breathe was always intended to be a music-less project, with the focus being on sound from the get-go. Now, there actually was one scene, the scene with the brothers in the car, where I originally intended for Charlie to turn on the radio and play some music to drown out the awkwardness, but honestly, even this one single use stood out so much that it just didn't fit within the rest of the movie, and so silent it remained! 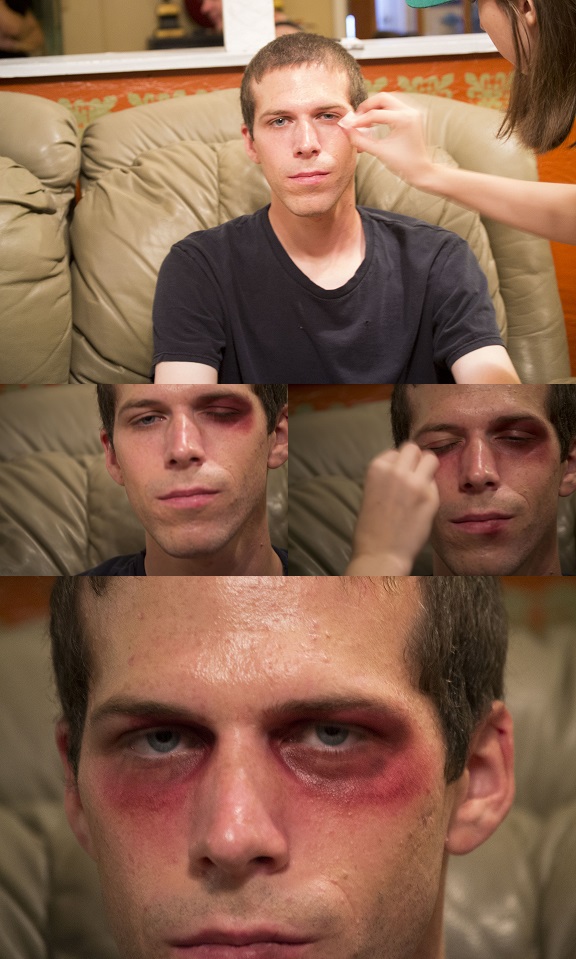 Don't let that brush fool you, she really just punched me in the face between shots to achieve this look!

But yeah, where normally I'd use music to set the mood that fits the scene, here, it was the sounds of the night, the rumbling of the cars, these elements became my soundtrack instead. And the heavy breathing that prevails over the course of the movie, this became the movie's score, adding an overlooming sense of tension throughout. And, well, this certainly was quite a test for me as a filmmaker. And as to whether or not I passed that test I suppose comes down to personal judgement on the matter, but for me personally, I was satisfied with the results at least. 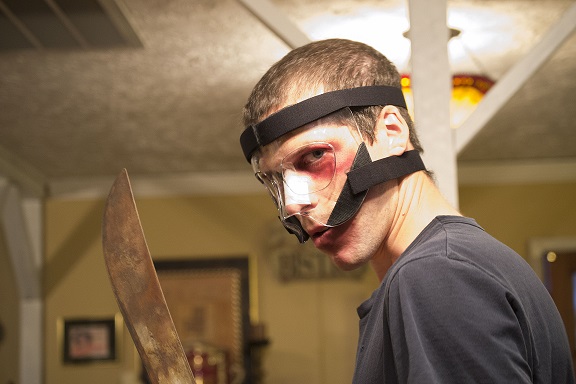 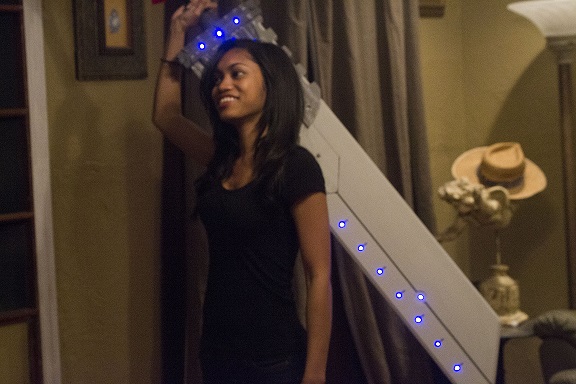 Narratively I also had concerns as to how well this would play out, if I was being too vague with certain aspects (or perhaps even too on the nose with some of the hints), since the story doesn't play out in a typical straightforward manner and there's a lot of things that are "implied", if not stated outright, so that was another balancing act I had to contend with going into this thing. But while not everyone who's seen the movie necessarily understood everything, enough people have to where I feel we did a good enough job conveying what's really happening, without having to resort to dumbing things down, so I'm happy with that. 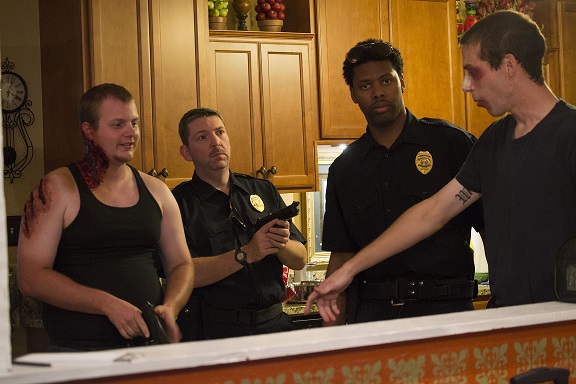 They attempt to take my direction seriously whilst wearing this makeup... 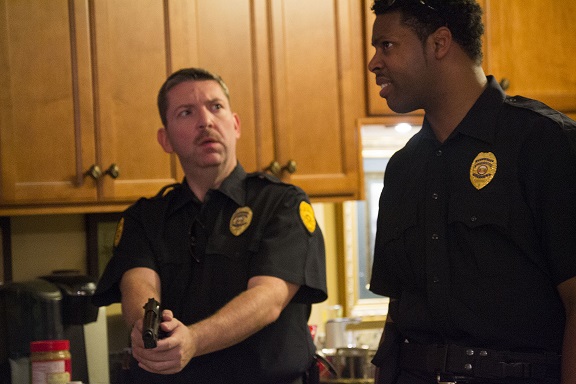 I also personally viewed this film as an experimental exercise with the way many of the scenes were shot, particularly inside the cop car and in regards to certain aspects of my character's identity, and there was quite a bit of trial and error that went into testing things out before shooting began, to make sure we could capture everything as intended. And gladly, a lot of it ended up working out pretty well, so again, I was pleased with how that all turned out. 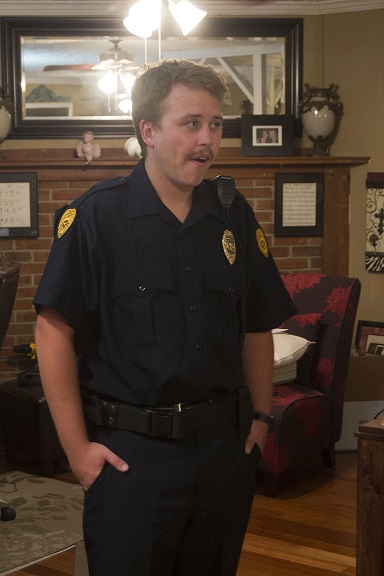 And I've really got to hand it to my cast and crew for making things such a smooth shoot, as this was definitely a great group of people to work with, which made my job a lot easier. I'm not exaggerating when I say that this was seriously one of the smoothest shoots I've been a part of, and that can be attributed to everyone involved bringing their A-game. And despite how tense things may get on screen, we all had fun all throughout the whole shoot, so it was nice to film in such an enjoyable and relatively stress-free environment, and I look forward to working with this group of people again on future projects. 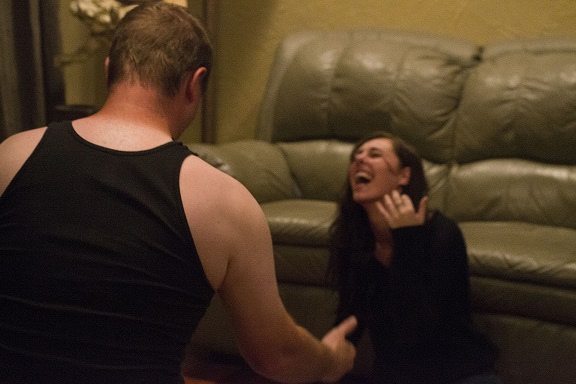 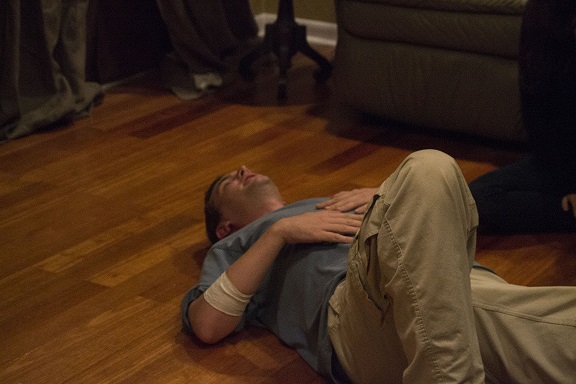 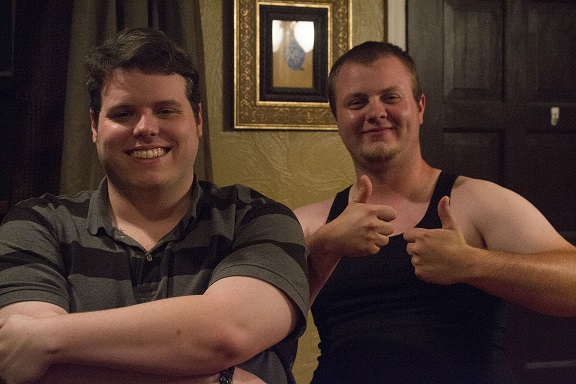 Well they all took that scene pretty well!

So that's pretty much all I had for now. This project was a growing experience for all involved, and I know I certainly came away learning quite a bit as a filmmaker. And I hope that all comes across in the final product. So if you haven't seen it yet, please, I would love it if you would give it a look and experience for yourself the sights, sounds, and atmosphere that is Breathe. 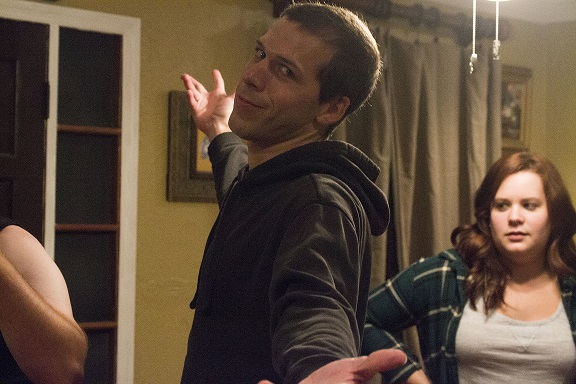