Actors you will see ANY movie they're in

In my Chloe Moretz post, I mentioned how she's become an actor who I will see any movie with her in it. And it got me thinking what other actors I also felt this way towards, and these are the names that I came up with. Now, just because I say I'd see any movie they're in doesn't mean that I've actually gotten around to every movie they're in just yet. But I do always tend to make a point to see their films, and I'm always excited for any upcoming releases that I see their names attached to, even if solely for them. I'm counting only currently working actors here, and put together four more names in addition to Ms. Moretz, who would've rounded things out to make a Top 5. So then, without further ado and in no particular order... 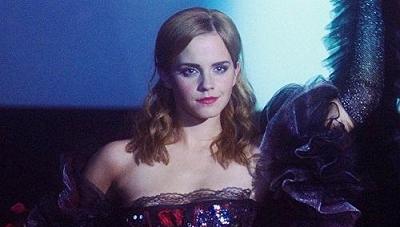 I'm not even that big a Harry Potter fan, and she hasn't done much outside of those movies just yet. In fact, I pretty much ignored the Potter movies for the most part until The Half-Blood Prince, which is really when I took notice of her as an actor. And since then, Emma Watson has quickly become one of my favorites. While she's never necessarily wowed me with anything she's done, she's never given a bad performance, either, and is usually the highlight of any movie she's in. Hell, she's also the only actor on this list where not only have I enjoyed her in everything, but I've also ended up liking every single movie of hers so far as well. The fact that she's also just about the most gorgeous actress alive today is also a nice bonus, but believe me when I say that her looks have little to do with her placement on my list compared with her talents as an actor (there are plenty of hot actors whose movies I won't watch). And yet, as I say that, I of course follow this entry up with... 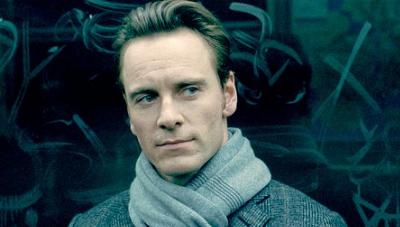 Yeah, that's right, another beautiful actor who'll make you melt in your seat (though I swear this list won't only consist of the same people from the list!). But in addition to being one of the hottest actors today, Michael Fassbender is also one of the most brilliant, and, like I said about Chloe Moretz, it's truly only a matter of time before he's wielding Oscar gold. He just has such a commanding presence in everything he's in, and one that manages to lure me out to all of his movies. And while I don't always end up being a fan of some of those movies (such as Prometheus or A Dangerous Method), I am always a fan of his outstanding performances in said movies, and continue to make my way to the theater just to see him, no matter how little the rest of the movie may interest me (The Counselor). 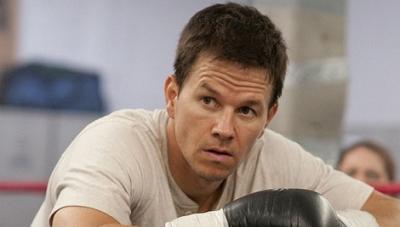 Mark Wahlberg is probably the first actor who I started seeing anything and everything they starred in, and it all started with The Big Hit. After that, I've been a big fan of his ever since. Though I do have to admit that his spot on my list has been slipping a bit in recent years, with me skipping a few of his movies due to him being counter-acted by another actor who I have a particular disdain for, such as The Other Guys (I am not a Will Ferrell guy), and earlier this year I skipped out on Pain & Gain in theaters, due to my ever increasing annoyance with co-star The Rock at the time. I did eventually see it after its theatrical run, though, and found it to be a surprisingly great movie, with one of Wahlberg's best performances to date (not to mention The Rock, who honestly did give the best performance of his career so far in that film). And that's the thing about Wahlberg, similar to Fassbender, while I may not always necessarily care about the movies he's in, I'm almost always interested in his contribution to those movies nonetheless. Whether it's a performance as awesomely bad as in The Happening, or a scene stealer like in The Departed, Wahlberg's always an interesting addition to any film, and one who always automatically sparks my own interest. 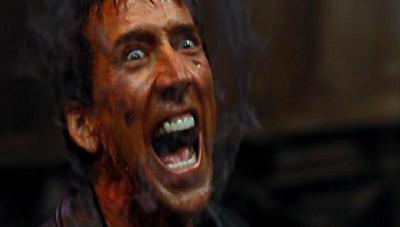 The man himself. I don't care how crappy some of his movies may get, I'm almost always up for a Nic Cage flick. This guy is just a blast to watch, and has the ability to elevate even the worst of material. He just loves his job so much, and it shows on the screen, 'cause he's always making the best of and having fun with his roles, which makes the viewing experience so much more fun to watch. He's gotten a bit of a bad rap for some of his movie choices in recent years, but he hasn't lost me as a fan. I still think he's an incredible actor, quite possibly among the absolute greatest of this generation, with the ability to naturally pull off anything from deadly serious to maniacally campy, and everything in-between. Now I can't say that I've even begun to see his entire repertoire of films, especially since for a period of time he was starring in just about every other movie that was coming out. But I do try and make a point to make it out to as many of his movies as I can, because if nothing else, his on-screen antics ensure that I'll be in for a good time.

So there you have it then, my list of actors who I am willing to see any movie they happen to be in. And now I turn to you all to add your contribution and voice your opinions on who some of your own go-to actors are.