So I was thinking about how, whenever an older movie gets re-released in theaters, I just can't bring myself to even bother with it. Especially if it's a movie that I already own. It just doesn't make sense to me to pay up to see something that I can just watch at home for free. However, when a movie is still in its original theatrical run, there have been times where I've been willing to shill out the money to go see a movie multiple times. Most of the time when this happens it's due to merely seeing the movie with different groups of people, the most notorious of examples being Van Helsing, which I got dragged to three separate times over the course of two days. However, there have been a handful of times where I've actually gone out of my way to see a movie in theaters a second, or even third, time. Right now I'm going to take a look at the top 5 movies, in order of release, that I deliberately made an effort to see again in theaters. 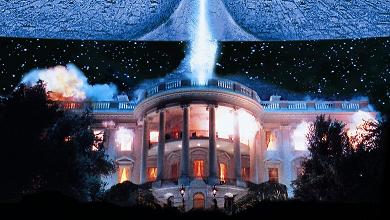 I'm not even sure if this one counts, since I was so young when it came out. I guess it's a bit much to say that I went out of my way to see it, though I did have my mom take me to the movie at least three times, one of which I brought my friends from school along to watch on my birthday. The movie's a blast, and is still one of my all time favorites. If it were released today I'm not sure if I'd be as enthusiastic about it, but at the time, it was the most fun I had ever had at the theaters, and it would be almost a decade before I'd be open to deliberately seeing another movie so many times. 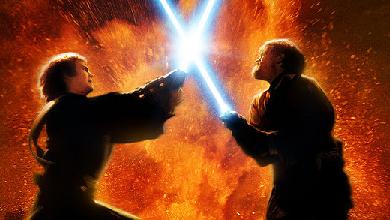 I've always enjoyed the Star Wars movies, though I've never been a huge fan of the series or anything. However, this was the movie that almost turned me into a full blown Star Wars fanboy. I just loved everything about this movie, and though it gets hated on quite a bit nowadays (as do the rest of the prequels), I wasn't alone in my love for Episode III when this movie released. I just loved how dark everything got, and how it made the series as a whole feel so complete. I enjoyed it so much that, even after seeing it three times in theaters, I ended up downloading it just so I could watch it again before I left for the military. Note: I am adamantly against the practice of illegally downloading movies and such, and I ended up purchasing a legal copy the second it became available. Though it's telling that this movie was so persuasive that it forced me to turn to the dark side just that once in order to experience it one last time. 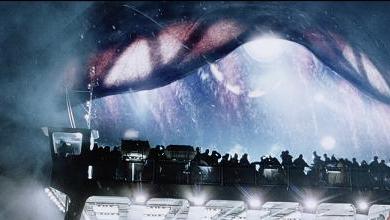 War of the Worlds

With both Revenge of the Sith and War of the Worlds, I guess 2005 was one hell of a summer for movies! But really, this is actually the oddball pick of the bunch. With the rest of the list, I can safely say that these are among my absolute all time favorite movies. But that same thing can't really be said for Steven Spielberg's War of the Worlds. I actually just thought the movie was okay, really entertaining, but nothing to write home about.

However, there was one scene in particular that demanded I see this again in theaters. When Tom Cruise and the gang are on the ship, and the aliens emerge from the ocean, that scene was just jaw dropping. The booming horns, the crashing waves, the overwhelming scale of the alien craft, it sent chills down my spine. It was absolutely mesmerizing. This scene may have single handedly sold me on the movie, and I was more than willing to pay up and see it again on the big screen. I've seen plenty of movies that are seemingly made purely for the theatrical experience, but while most of these other movies I'm mentioning were just me wanting to see the movie again right then and there, this was the first and only time that I was specifically after that grand theatrical experience that doesn't quite translate to your home television set. 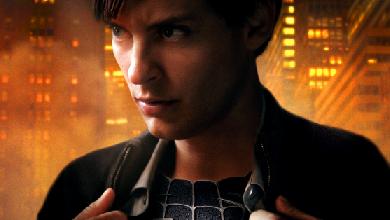 This movie was glorious. Everybody hates on Spider-Man 3, but I love it. It's, in my opinion, by far the best in the series, the ultimate culmination of everything else the series has been leading up to, though I can definitely understand why it gets the hate that it does. That said, it's the things that everyone rags on so much that dragged me back into theaters a second time. I just loved all of the shenanigans whenever Peter Parker was wearing the black suit. Walking down the street with a strut in his step, pointing at all the ladies with a campy confidence. And the dance scene, my god. Everybody just loathes this scene, but me? I can't get enough of it! I thought the scene was great, and if the aliens emergence single handedly bought me a second ticket to War of the Worlds, then the dance scene did the same for me with Spider-Man 3.

Now, I did take issue with a few things in this movie, most notably the fact that we barely got much of Venom as a villain. But most of the issues I had with the movie have deteriorated over time, and I've grown to accept the movie for what it is and all it accomplishes, despite its flaws. Hell, Venom wasn't even supposed to be the main villain, the symbiote suit that Peter was wearing was the true villain, and Venom was just a way for him to have a final physical battle with it. But yeah, so I'm one of the few who actually really liked this movie, and it's for all the reasons that you probably don't like it that I ended up seeing this bad boy twice on the big screen. 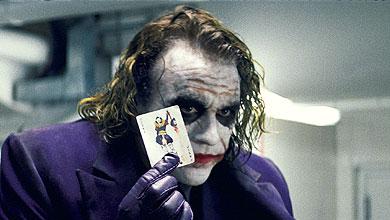 This one's probably not so surprising. It's a movie that only gets better every time, and that certainly rang true after three theatrical viewings. But unlike a lot of the other entries here, it wasn't any one specific scene or aspect that brought me back. From beginning to end, this was the full package. This movie brought the goods, and it brought it on hard. Heath Ledger's Joker was infectious, and the sheer scope of the story was just epic. This felt like so much more than just another superhero movie, this was a movie that transcended genres. It was something different yet still familiar, something fresh in a sea of tired movies that all felt like just the same thing over and over again. In fact, it's pretty much still been that way ever since, which is probably why this is the most recent movie on this list. Sure, I've seen a few movies multiple times since The Dark Knight, but this was the last time I actually made a point to do so.

So yeah, I'm sure this feels like a bit of a random post, which I suppose it sort of is. But it's just something that I was thinking about, and the fact that four out of five of these movies rank up there as some of my all time favorites kind of urged me to actually go ahead with this one. I actually am dying to see another movie like the one's listed above, something that I just instantly fall in love with, that I can't wait for it to release on video to see again, I gotta see it now. And there have been a few times where I've considered seeing something a second time, though nothing that really made it a necessity like these movies did. And maybe that's just because I typically see more movies nowadays than I did when these were new, I dunno. But for one reason or another, these all had something that really, really stood out to me and dragged me back to the theater on their own accord.
Posted by Chris Widdop at 11:28 PM