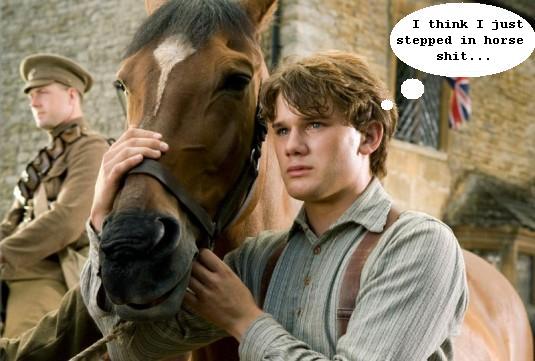 Okay, so I'm not quite done with 2011 just yet! But, while technically not a bad movie, the more I think about War Horse, the more I just start to hate it. It just feels so artificial, like Spielberg is just desperate for tears, yet doesn't quite know how to go about getting them. It appears to be built entirely around some sort of non-existent emotional investment, yet the movie just completely lacks any kind of genuine heart. It assumes that, just because it's a movie about an animal, that we'll just automatically care about it. But hell, I cared more about the stupid flag that was being passed around throughout the movie than the god damn horse! Basically, it's one of the most blatantly manipulative movies I've seen in a while, and I wasn't about to fall for its shit.

I think where this film falters is that it just tries too hard, and it tries too much. At a little over 2 hours, this movie doesn't go 10 minutes without trying to rise some sort of strong emotional reaction out of its audience. It just wants so badly to be the tear-jerker of the year. And sure, for the easily manipulated, it likely succeeds. But for everyone else, the only reaction it'll get is a well deserved groan.

Looking back in the past couple years alone, there have been some legitimate tear-jerking movies. And you wanna know what they did right? They don't try to get you to cry every 10 damn minutes. They choose their spot, gradually build to it, make you emotionally invested and actually caring about the fates of our characters. And then, when the moment strikes, whether for better or worse, down come the water works. Right now, I'm going to look at four movies from the past couple years that succeeded where War Horse failed so miserably. 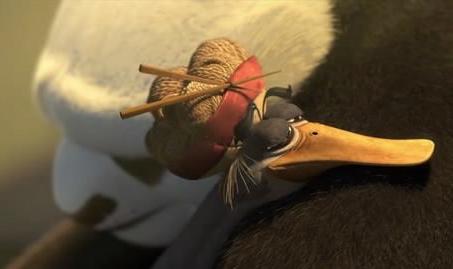 This would be an example of a sad emotional response. I've mentioned before how heart-wrenching a movie that Kung Fu Panda 2 can be. In it, the main character, Po, is trying to learn where he came from, and what happened to his family. We're constantly dropped hints at what actually happened, until finally, Po is able to channel his inner peace and remembers his long lost memories from when he was a baby. It's then that we're taken on his ruthless journey filled with pain and anguish. The movie builds up to this moment from the very beginning, making the viewer truly feel for Po and understand his desperation. And in feeling for Po, as we watch him go through this intense moment, we, the viewer, experience that same pain and anguish that Po is going through. Only when we're completely engrossed with these characters and genuinely concerned about their fates does the movie unleash itself.

But not all tear-jerking movies try to just make you sad... 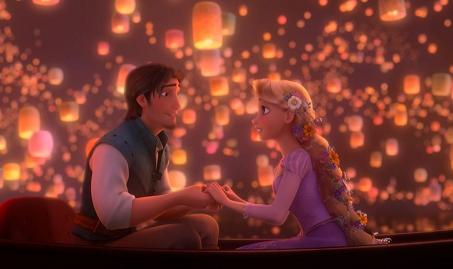 Here's a movie that, instead, encourages tears of joy. In this one, our main characters are out on an adventure, chasing after a dream. The two don't start off on the right foot, but they gradually grow a bond over the course of their adventure. And the stronger their bond becomes, the stronger our bond with these characters also grows. Until, at last, just when their dreams have finally come to life under a sea of lanterns, they look into each others eyes and see that the thing they've been chasing all along has been right in front of them this whole time. It's a beautiful moment, one that fills you with the purest sense of bliss. You just can't help but feel so happy for these characters who've gone through so much in this movie, not just with each other, but with the audience as well.

Of course, War Horse tries desperately for both of these kinds of strong emotional reactions. But where War Horse failed, one movie managed to pull this off quite nicely. 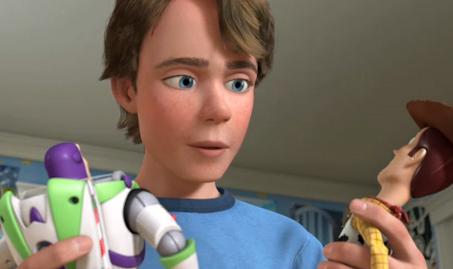 Now here's an emotional roller coaster if I've ever seen one! And really, do I even need to explain this one? Even if you ignore the first two movies as the establishment for these characters, this film starts from scratch to make you genuinely learn to love and care about them all over again. Even ignoring the incinerator scene and focusing solely on the final moments in this film, this film sends you home feeling both sad about Andy letting go of his childhood as he gives away his old toys, and yet satisfied that all ultimately ended well for our heroes. It's such a touching and relatable finale, and we've grown such a strong attachment to these characters that we can't help but respond just as strongly for their outcome.

Now, you might have noticed that all these examples have been animated films. Well I've noticed it, too, which is why I want to send us off with a live-action example. 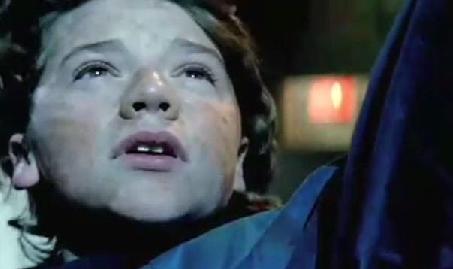 In my Top 10 Movies, I called this the best Spielberg film of the year. And one area where this movie out-Spielbergs Spielberg is in the emotions department. Now, I won't go calling this a tear-jerker or anything, but I felt that the final moments were really quite touching, and did register quite a strong feeling of satisfaction regardless. Though to be honest, Super 8 might not be my best example, given the mixed reactions towards its arguably overly sappy ending. But even if War Horse had managed to achieve even that meager level of emotional attachment, perhaps it would have warranted the response that it's going for.

But in the end, despite my negative feelings towards the movie, War Horse still wouldn't have cracked my list for worst of the year. Because like I said, technically, it's a good movie, and there are certainly things here worth praising. It's just that the movie's so full of shit. Basically, if you're looking for a nice, moving film, then check out one of the other movies mentioned above. But if you're just in the market to see a good new Spielberg movie, then don't even bother with this one. Instead, go see The Adventures of Tintin, you're guaranteed to have a blast with that!
Posted by Chris Widdop at 8:39 AM