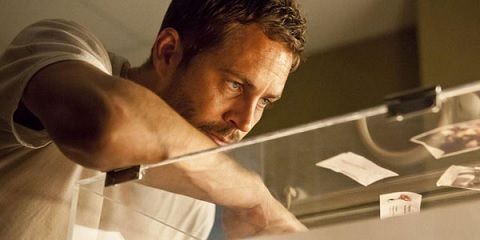 To everybody who felt it necessary to point out that Paul Walker wasn't a good actor upon his death, to that I say, I agree with you. He wasn't a good actor. He was a great actor. And to any naysayers who may continue to dismiss such a claim, look no further than his performance in his latest movie, Hours.

Hours is a movie that takes place during Hurricane Katrina, in which a man is stuck in a hospital trying to keep his newborn baby alive on her life support system after the hospital's lost power. The movie opens with his wife dying during child birth, and throughout the course of the movie, we see as Paul Walker has to deal with the grief of his loss, as well as coming to terms with his new responsibilities in keeping his baby alive and safe throughout this crisis.

For the majority of the movie, Walker is on the screen entirely alone, sharing his thoughts aloud to his daughter as he mulls over the loss of his wife. And as the hours tick by, the gradual shift in tones perfectly match the acceptance and the direness of his situation. Walker gives a genuinely emotional performance that single handedly elevates this otherwise mediocre movie into something truly noteworthy.

As for the movie itself, it can at times be pulse pounding as Walker desperately searches the hospital for ways in which to rectify his situation, all the while having to beat the clock to race back to his daughter in order to recharge the battery on her life support system. The moments where it's just him desperately searching for a way out is when this movie truly works its best. And even the flashback sequences where we actually see the key moments from his relationship with his wife were really nice to watch. However, it's once other characters start to get involved that the film feels just a bit cheapened.

But thankfully, those other moments with wandering stragglers are few and far between, and the rest of the movie is actually a pretty compelling watch. It's a bit of a slow moving movie, despite its short length, and yet Walker continues to keep this thing interesting throughout, and as the days go by, the sheer exhaustion that he displays is truly wrecking.

So yeah, this was a decent little flick, with a surprising and tremendously powerful performance by Paul Walker. It's not only the best of his career, quite frankly, it's among the best performances I've seen all year at that. I don't know for certain whether or not this is going to be his last movie (who knows what they'll do in the next Fast and Furious at this point), but should it be, then this is a hell of a note to go out on from a truly great actor.