So it's been over a year since the last time I talked about the Fourth Shinobi War going on in Naruto, and, wouldn't you know, it's still going on. It's hard to believe that this arc has lasted for almost two and a half years now, yet it appears to finally be winding down. So, while I should probably hold off on this list until the war arc is good and done, I've decided to go ahead and post my choices for the best and worst fights showcased in the war thus far. So then, without further ado, let's start off with the good. 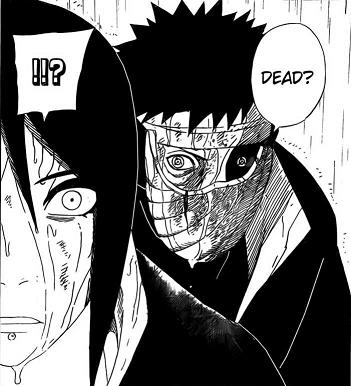 Before the war officially began, we were treated to a handful of fairly impressive, if somewhat minor, fights. The most impressive of these fights was the confrontation between fellow Akatsuki members, Konan and Tobi. Despite leaving Tobi's organization, Konan remained in her Akatsuki cloak, claiming that the ideals for the organization originated with her and her comrades in the Rain Village, and she wants nothing to do with Tobi's vision. Up to this point, Konan hadn't really had much of a chance to shine, but she more than made up for that in this fight, consuming Tobi within an ocean of explosive paper tags, and pushing Tobi further than anyone prior had been able to yet.

Her efforts culminated in the destruction of his mask, partially revealing the humanity that had been entirely hidden up to this point. Her efforts were ultimately fruitless, however, as Tobi managed to survive via Izanagi, a Sharingan technique that allows one to turn illusion into reality and basically renders one immortal for a brief period of time. In the end, Tobi succeeded in killing Konan and retrieving the Rinnegan eyes from the corpse of Nagato in this explosive lead-in to the Fourth Great Shinobi War.

This technically takes place well before this part of the story, though it was first shown during a flashback in the war arc which finally showed us what really happened on the night of the Kyuubi attack on Konoha. Tobi managed to infiltrate the village and set the Kyuubi loose. And, leaving the Leaf shinobi to deal with the Kyuubi, Tobi lured Minato into a one on one encounter, as he attempted to capture the Fourth Hokage.

Tobi's use of chains in conjunction with his transparency technique was very clever, and seeing the two's warping abilities combat with one another was very slickly written. This was a classic battle of strategy, and while Minato managed to take Tobi out with an awesome Hiraishin/Rasengan combo, Tobi was the true victor here, as Minato was left with no alternative but to sacrifice his life in order to tame the rampaging Kyuubi. 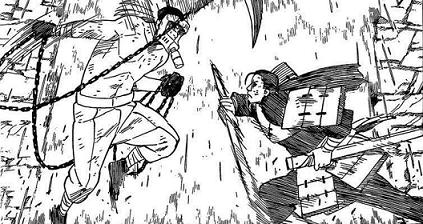 The confrontation between Mifune and Hanzo was more a battle of ideals than of strength or abilities. And it is one of the more interesting fights that we've seen as of late. Mifune claims that one's blade is merely an extension of himself, and unless one keeps his ideals as sharp as his blade through the years, he will ultimately whither. Hanzo held these same beliefs at one point in time, though through years of war and corruption, his resolve began to weaken, and so, too, did his blade begin to dull.

And so, it was without much effort that Mifune was able to slice right through Hanzo's blade, in this return fight from many years ago, when Hanzo's resolve was still strong. Hanzo won their first encounter, but was impressed enough with Mifune's resolve that he allowed him to live. And now, seeing the error in his ways, Hanzo made one last gesture that was a return to his old ideals, breaking free from the Edo Tensei's control and allowing himself to be sealed, stamping an honorable end to a man who had lost his way. This fight was also awesome due to the inclusion of Pain during one of Hanzo's flashback, as we see him in his final, cowardly moments before Pain originally killed him, showing just how far Hanzo had truly fallen.

#2 - Naruto's Clone vs. The Third Raikage 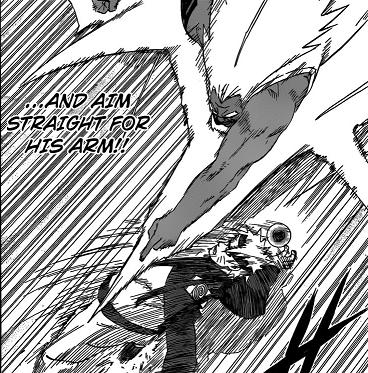 Naruto's character has been a bit inconsistent as of late. He seems to fluctuate between being strategically brilliant and calculating on the battlefield, and being an incompetent doofus more similar to his part 1 self. And while the real Naruto throughout most of the war has had more of the obnoxiously brain-dead moments, his clones have actually been the ones to showcase his more up-to-date, smarter characteristics. One clone in particular seemed to be completely unstoppable, and was sent off to help out in the battle against the revived Kages. And while most clones go poof and disappear after a single hit, this one just kept on going like he was the real deal.

His most impressive feat came when he took on the Third Raikage, who up to this point had been single-handedly holding his own against an entire platoon of shinobi. But Naruto's clone took his time to observe his opponent and his situation, and formulated a strategy that finally lead to the Third Raikage's defeat, utilizing Sage Mode's enhanced reflexes with a well timed Rasengan to force the Raikage's attack back on him. This was a nice return to the more strategic style of fights in this series, as opposed to the more recent trend of "who has the bigger jutsu". 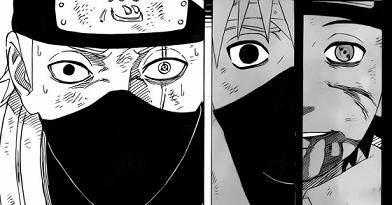 In case you haven't noticed by now, Tobi has definitely been the MVP of this war. Now, when this fight started, I wasn't initially a big fan of it. The portion with the Jinchuuriki and the Tailed Beasts wasn't really doing it for me. It wasn't bad, necessarily, but it had a lot of 'meh' moments, save for maybe the first time we saw Naruto's completed Bijuu Mode. But once the Jinchuuriki and the Tailed Beasts went away and Tobi came out to play, this fight kicked into a level of intensity we haven't seen since Naruto battled the Six Paths of Pain. Naruto and the Masters' fast paced combinations to try and just land a single hit on Tobi were the epitome of awesome, and resulted in some of the best fight chapters this series has ever seen. And it all culminated with the reveal we've been waiting for so long to see.

Chapter 599 was one of the most stunningly beautiful chapters in the whole series. Without a single line of dialogue, we were shown a story of a happy and loving boy named Obito, who somehow survived his brush with death in the last war, only to give in to the corrupting powers of evil. We still don't know why this is, as the reveal has only just happened, and the battle is about to change shape as Madara has entered the playing field. But up to this point at least, this fight has been tremendous, and definitely one of the best in the series. And while the debate continues to rage on concerning Tobi's identity, I personally feel that his reveal has been handled fairly respectably thus far.

I'd like to also give an Honorable Mention to Gaara and Onoki vs. The Second Mizukage. While the fight itself was merely decent, I feel this deserves some recognition solely for the Second Mizukage, who is, without a doubt, the best new character introduced in the war. He's been an extremely entertaining presence every single time he's been shown, with his cocky grin and his goofy, carefree demeanor, all backed up by a surprisingly powerful reservoir of techniques. 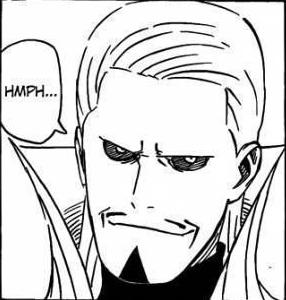 So there's my picks for the best fights so far in the war. Join me next time, as I shift gears and take a look at the worst fights that this war has had to offer thus far.
Posted by Chris Widdop at 4:02 AM