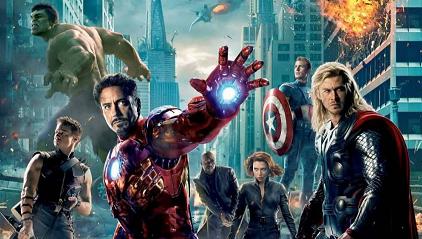 So we actually got The Avengers. And no matter how good or bad this movie is, just the fact that it exists is awesome in and of itself. Nothing quite like this has ever been done before in film, and to see it happening now is really just a pretty cool deal. The fact that it's actually mostly good overall just makes it all the more awesome.

The last hour is especially a tremendous achievement. Last year, everyone wanted to talk about the last hour of Transformers: Dark of the Moon, clamoring about how it was the best action sequence they had seen in a movie. I whole heartedly disagreed with that assessment, though I would gladly apply that notion to this movie's last hour. The action is just so picture perfect and clear, and the camera sweeps with the motions in flawless fashion. Everybody gets their time to shine, and everybody looks great in action. But none moreso than The Hulk.

This is, by far, the best theatrical interpretation of The Hulk yet. They just had so much fun with him, and most of the movie's biggest laughs and cheers came as a result of his smashing antics. Mark Ruffalo did an awesome job playing The Hulk, and I really hope that this time the actor gets to actually stick around for the next flick.

But as much as fans have been applauding The Hulk's performance in this movie, I personally felt that the standout MVP was Loki. Seriously, it's ridiculous how gorgeous of a man Tom Hiddleston is in this movie. He was by far the best villain in the prior movies, but he outdoes himself here, adding on new layers of crazy that I just couldn't get enough of. His outing here may well make him one of my all time favorite movie villains. He is just so magnificently maniacal, so deliciously devilish, and I just wanted to eat him up anytime he was on screen. 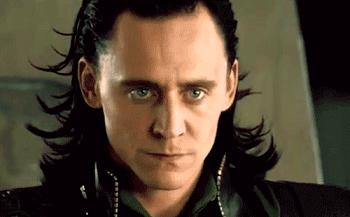 But yeah, great as the movie was at times, it wasn't without its flaws, though granted, most of them are pretty minor. For instance, Thor's entrance in the movie pretty much went entirely against the big sacrificial ending to his own movie. How he managed to arrive on Earth was sort of just waved away with the most meager of explanations. Though, while this does devalue Thor's ending, I do have to wonder if his sudden appearance was perhaps an acknowledgement that the ending to Thor was complete and total BS.

I think my biggest problem with the movie came in the way it handled death. At the beginning of the movie, Loki uses a power to take control of several of S.H.I.E.L.D.'s agents. And later on, he turns those agents against S.H.I.E.L.D. and The Avengers, who all seemingly have no qualms whatsoever about killing their own men. Not just trying to take them out of commission, but take them out for good. The biggest offense that really bothered me was when Captain America just nonchalantly tossed some of the guys overboard, sending them plummeting to their terrible deaths. That was completely out of character for the Cap. These are their own people who they're killing in such brutal fashion! Yeah, they're under Loki's control at the time, but they can't help that! I don't know, but that just really bugged me during the movie.

And I won't give it away, though there was an actual named character who gets killed off during this sequence which I felt was entirely unnecessary. And despite the fact that they just got through killing so many of their own guys, since this particular one just happens to have a name, they actually take a time out to mourn for him and him alone. It just didn't sit quite right with me. It didn't add the emotional punch that it was going for, and I thought it actually took away from the movie.

But anyways, like I said, most of those complaints are honestly fairly minor, and the rest of the movie is truly quite good. More than anything, though, this movie has a great sense of humor about itself. There are so many awesome gags throughout that come at you out of nowhere and will just leave you in stitches. And the comedic timing during the action scenes is especially unreal, and compliments the action so well. This definitely tops Thor as the funniest movie in The Avengers series. And gladly, unlike Thor, the comedy isn't the only thing this movie has going it.

I loved all of the interactions by all of these big name characters and actors. Robert Downey, Jr. was just having the time of his life in this movie, pretty much just poking fun at everything and lightening up the mood quite a bit. And I loved the way they played up his and Bruce Banner's intelligence when compared to the likes of Captain America, while never actually making Cap feel like a brawny doofus. One of the biggest worries I had for this film was that they'd be able to get us to believe in Chris Evans as the leader of this group of heroes, but they more than succeeded in that regard.

And like I mentioned before, this movie does a great job of letting everyone have their time to shine. Scarlett Johansson as Black Widow really impressed, particularly during her scenes with Loki. We really didn't get much of a vibe for her in Iron Man 2, but after this movie, I really feel like I know this character, and I definitely would like to see more of her. And Jeremy Renner's Hawkeye was just the walking, talking embodiment of cool. They shoehorned in so many blatant "bad ass" shots of him shooting arrows like it was nothing that it almost became borderline ludicrous, but really, it just worked so well for him.

So yeah, despite some of the movie's flaws, just the fact that they were able to really balance out an ensemble of this magnitude is quite an accomplishment, and one that writer and director Joss Whedon should be proud of. I'm really not sure that anyone else would have been able to pull this off as smoothly as he managed to handle it. I truly had a fun time with this, and the more I think about it, the more I really did quite like this movie. Definitely check this one out.

So upon a second viewing, I found that there actually was a single line in the film that indicated that the agents who attacked S.H.I.E.L.D. were, in fact, not among those being controlled by Loki, but rather, were actual enemies of S.H.I.E.L.D. I somehow managed to miss that line the first time, but as I caught it this time, I will now retract my critiques against the film regarding that particular scenario.
Posted by Chris Widdop at 8:30 AM