While I was compiling my list of the best Naruto openings last week, it got me thinking about the best overall episodes in the series as well. Unlike the openings, Part 1 probably has the better overall quality, in the anime at least (the manga is debatable). But Part 1 had the advantage of being able to completely get through its entire story with little to no filler (about a year or two of non-stop filler was placed on the tail end of the series, but is easily skippable), while Shippuden has been forced to include filler almost every other canon arc. But even when you get right down to specific individual episodes, Part 1's got Shippuden beat for the most part, though Shippuden's certainly had its fair share of surprises as well.

Before getting started on my list, I'd like to give an honorable mention to Naruto 62, the episode that got me completely hooked onto this series. In this episode, Naruto defeated Neji in front of the entire village using his brilliantly unpredictable tactics. This was the episode where Naruto officially ceased to be the underdog, and the villagers finally started to acknowledge him as a person. And just like the characters in the show, it grabbed my attention as well. This episode was great, though not quite up to the same quality as the top five on my list. 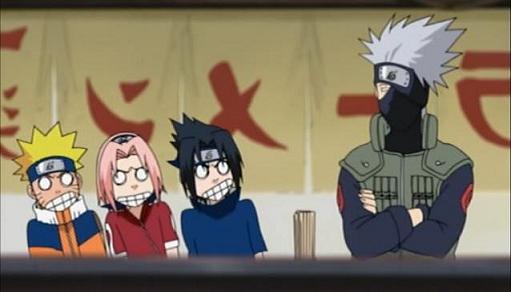 This episode is just hilarious. This one is mostly just really silly filler, though it's based on a canon special. Team 7 decides that they're tired of not knowing what their sensei's face looks like, so they come up with a series of plans to try and unmask Kakashi. What really makes this episode especially wonderful to watch is Sasuke's reactions. This is the first time in the series we get to see Sasuke acting as silly as his teammates, something we wouldn't see again for about 300 episodes. This is a one-off episode, so it's not a part of any big story arc, but it's just a nice, fun little diversion before Part 1 jumps into its big finale. 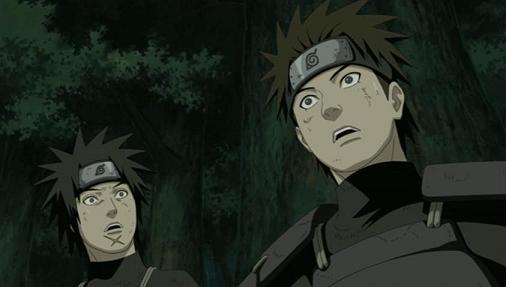 Danzo's always had the right intentions, he's just always gone about doing things in vile, oftentimes despicable manners. But in his final moments, he's determined to go out doing the right thing, protecting his village from the threat of Madara and the now full blown villain Sasuke. This is also the same episode where Sasuke's descent to evil is finalized, sacrificing his loyal comrade Karin with a psychotic grin on his face, just for the chance to see Danzo's demise. The anime team managed to take the death of one of the most easily hateable characters in the series and turn it into a beautiful, emotionally heart wrenching event. 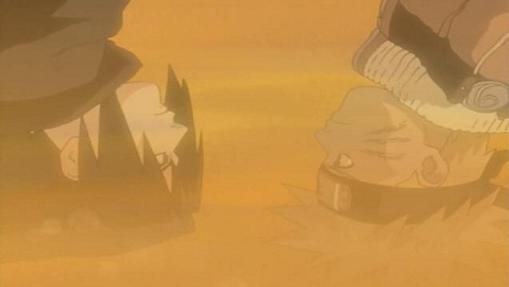 The big encounter we've been waiting for is underway, as Naruto clashes with Sasuke in his fight to prevent his friend from succumbing to darkness. In this episode, these rivals finally admit their true feelings of friendship to one another, which is why, for both of them, this fight means everything. The fluid animation is especially gorgeous in this episode, and the water effects during this fight is a spectacle to behold. This is one of the first major times where the anime has taken some creative liberties to add to the fight and change things around, and they worked wonders with their creativity. This is one of the flagship episodes in the whole series, and would go on to be a huge inspiration for my top pick in this list. 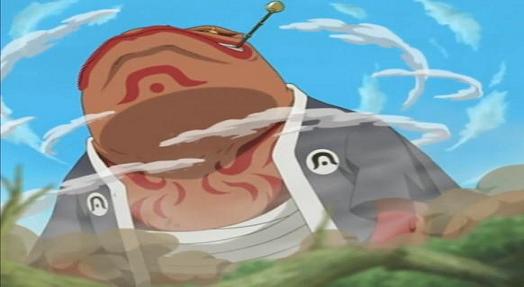 This episode is outstanding. It features one of the best fights, and includes what is still my favorite moment in the whole series when Naruto summons Gamabunta. In order to protect his friends, Naruto faces off against Gaara, the Sand's cold blooded killer who has up to this point instilled nothing but undying fear in our hero. But Naruto overcomes his fear to prove that true strength doesn't lie in solitude, but in protecting what's important to you. Up to this point, Naruto has proven himself to his peers by besting Kiba, and he's proven himself to his village by besting Neji. But this time, it's Sasuke who finally sees just how far Naruto's come, as Naruto puts all his training and hard work to use in order to give Gaara the fight of his life. Seeing him in action here still gives me chills to watch. 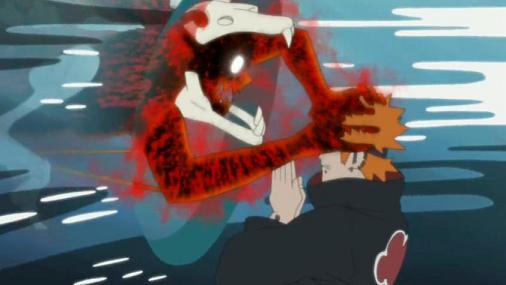 Probably the most controversial episode in the series is also, hands down, the very best. It's become so notorious that, by simply mentioning the number 167, Naruto fans everywhere know exactly what you're talking about. A lot of fans hate the overly artistic style in this episode, but I'm among those who absolutely love it. Up to this point, the anime adaptation of the Pain arc had been pretty disappointing, especially the actual fight between Naruto and Pain. The anime took one of the greatest arcs, and probably the greatest fight, and littered it with poor animation, shoddy editing, and a complete lack of focus on important events. The Pain arc was like watching a train wreck, but then they went and gave us a classic.

Naruto Shippuden 167 is unlike any other episode in the series. There's parts that are reminiscent of a Looney Tunes cartoon, and several scenes with deliberate deformed and mutated animation for a unique, stylistic effect. Quite frankly, the animation has never been better than it is in this episode. And I'd say that they take some major creative liberties with this episode, but that would be a huge, huge understatement. They flat out rewrite the book with the way they handle the source material here, and I wouldn't have it any other way.

This is the episode where Naruto, after witnessing Pain take out Hinata, transforms into his six-tailed Kyuubi state. In the manga, the fight was exciting, though admittedly bare bones. It wasn't so obvious at the time, but after seeing what they did here, it's amazing just how little happened in the manga. Here, Pain starts things off by punching a hole in the earth that floods the entire battle ground, giving way to more pretty water effects similar to the episode mentioned above. The first part of this episode is the fight between the two, and is done in a zany, cartoony style. But the second half calms things down a bit as Pain traps Naruto within his Chibaku Tensei. The art style changes to reflect the more serious tonal shift, and the accompanying music gives these scenes an epic feeling, as Naruto reaches out to release the seal on the Kyuubi, only to be stopped at the last minute by the Fourth Hokage.

167 alone almost makes the butchering of the rest of the Pain arc worth it. This is a fun, wild ride, and is completely mesmerizing. It's unlike anything we've seen before in the series, and stands alone as the very best this show has to offer. Say what you will about the rest of the series, but this one is a work of art.
Posted by Chris Widdop at 9:43 PM