Surprisingly good week at the movies

I saw two new movies this week and, well, I honestly didn't expect that much from either of them. Well, one I thought was going to be so bad it's good, but the other I had no expectations for at all. However, both of them managed to surprise me with how legitimately good they really are, and so I'd like to talk about them now. 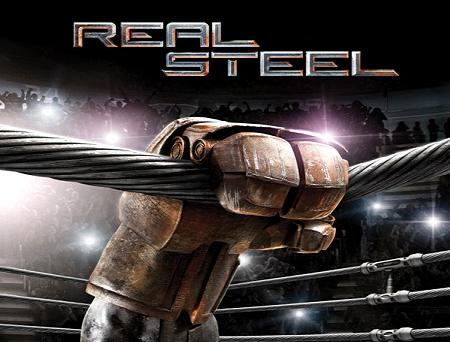 I had been anticipating this one for a while, and I knew full well going in that this had all the potential in the world to be a total disaster. I also knew that, no matter what, this was almost certainly going to be a fun movie to watch, and that it was. The fact that it's honestly a really good movie to boot is just a real treat. So it's exactly what it looks like, Rock 'Em Sock 'Em Robots: The Movie. It's essentially a traditional underdog sports movie, like Rocky, but with robots. And it's totally awesome!

Hugh Jackman plays Charlie, a retired boxer who's moved onto the game of robot boxing. He has a habit of making really bad bets, and getting into lots of trouble. He's also a complete and total asshole. His attitude was sort of off-putting at first, until he got stuck having to take care of his son, Max. He's been an absentee father his whole life, so the two don't know each other at all. And this is particularly why it's just so wonderful to see just how much Max takes after his dad.

Yes, that's right, the kid's a stubborn ass as well, and falls for a lot of the same traps as his dad. The only difference is Max just happens to have a bit of luck on his side. The kid who plays Max actually does a decent job. There was really only one scene where I felt they went a little overboard with him, which did leave me cringing, but it wasn't anything too objectionable.

So Max finds the robot named Atom, and he and Charlie get to work fixing him up and training him to fight. The fight scenes are filmed very well. You're able to clearly see all of the action on screen (unlike certain other movies with fighting robots), and it's all done in a way that's exciting throughout, and keeps you on the edge of your seat.

And with some of the damage dealt in the ring, you almost forget you're watching robots get beat up, as you actually begin to feel for them. The robots themselves look fantastic. I know a lot of it is CGI, but I swear there's scenes where there's definitely something physical on screen. One scene in particular, where Hugh Jackman is shadow boxing with Atom, it almost looks like a guy in costume is fighting him back. For all I know it actually is.

There's also definitely some points where this movie could have taken some obnoxious turns, but it took the higher road and avoided diluting the movie with potentially awful film tropes. So for that I was grateful, and in the end, I was left completely satisfied with the way things turned out.

Real Steel is the real deal. The story was fun, the movie was well acted, and the fights were exciting. There's also tons of wrestling references throughout the movie, but I guess our boxing robots weren't quite advanced enough for that just yet. Maybe in a sequel, perhaps?

Kevin Hart: Laugh At My Pain 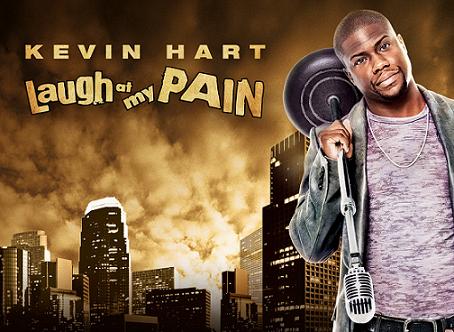 I just happened to catch this by chance. A buddy invited me to tag along, and I had nothing else going on, so I figured, eh, why not. I did have some reservations going in, seeing as I'm not exactly a Kevin Hart fan. I've seen one of his standups on TV, which I was less than impressed with. But I've gotta say, this movie totally surprised me.

It's basically split up into three parts. The first part is a documentary, as we follow Kevin around in his hometown, showing us where he grew up and how he got his start. We meet some of his family, and some of the people who helped him get his career off the ground. This section is pretty inoffensive overall. There's a few mild chuckles to be had here, but it's mainly just passable. The main thing that stands out is when Kevin and some other people are talking about his standup routine, and they mention how, while it's funny, it's not really him. It's not personal to him, and so we leave his standup knowing nothing about him.

This segues us into the second part, the actual standup, which is the bulk of the movie. His entire act really is based on actual life experiences, and mainly focuses on various members of his family. So he took that advice about making his act personal, and it really shows in his delivery. I mentioned before how his television standup didn't impress me, but this was a complete turn around from what I had originally seen of him. I was actually blown away by how genuinely hilarious this standup is. It's one of the freshest acts I've seen in quite some time.

He tells jokes in a very natural way, oftentimes repeating himself in a way that only makes the jokes even funnier every time. And his routine involving his drug addicted father is some of the funniest material I've heard in years. This is the kind of stuff that sticks with you well after the show is over, which is a welcome change of pace from today's popular ADD style of comedy that's forgotten the second the joke's over.

After the standup, it feels like we're done and ready to go, but nope! They've got a third part in store for us. This portion is completely scripted, and is filmed in the style of some cheesy show you'd see on Comedy Central or something. It spoofs several bank robbery movies, most notably Reservoir Dogs, Dead Presidents, and Heat.

Now, I'd say that the movie would be better off if they had cut this portion out, yet in a strange way it fits, if only to serve as a prime example of how, while certain acts can work wonders on the stage in front of a live audience, that doesn't necessarily mean that they'll work in a scripted format. And while there's a few decent laughs in this part, that mostly rings true here. But it's because of this blatant contrast and the example it sets that this part is actually the most fascinating portion of the movie.

So overall, while I was expecting a whole lotta nothing, I was completely surprised by this movie. It's hard to rate it as an actual movie, since it's mainly a standup routine, but I'd say that this is by far the funniest movie going experience I've had all year. Definitely worth checking out, even if you're not a fan of Kevin Hart. Because I sure wasn't, yet I had a blast!
Posted by Chris Widdop at 1:22 PM