My Most Overrated and Underrated Movies of 2014

So as we approach the end of the year, I thought I'd take a look at a couple of movies that I feel have been either receiving far more praise than they deserve, or in other instances, far more disdain than is honestly warranted. Now, I'm well aware that this is all very objective, and my opinions here likely won't be very popular ones, but what else is new? So with that, let's first take a look at my pick for this year's most overrated movie.
Most Overrated Movie of 2014 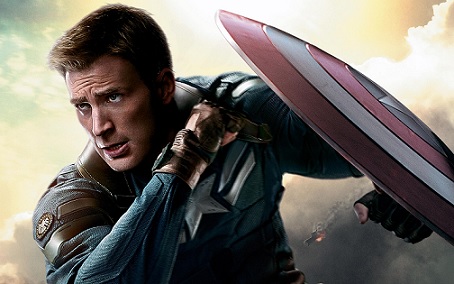 I still really don't understand the high praise this movie receives. Many claim that it's the best of the Marvel releases to date, when in my opinion it's one of the worst. The action, while well choreographed, is extremely sloppily shot and edited, putting all of that awesome choreography to waste. In fact, not long after I saw this movie, The Raid 2 happened to be released, a movie that was filled to the brim with incredibly well shot action sequences, and I couldn't help but find myself thinking afterwards that The Winter Soldier directors, the Russo brothers, should probably take a look at that for an idea on how to properly shoot an action scene.

I know I keep harping on the action in this movie, and that there's more to the movie than just that. But I just can't get over how we got such incredibly creative action scenes in Iron Man 3 and Thor: The Dark World, only to wind up getting little more than merely a dull and uninspired shoot-em-up for our troubles in this go-around. But even beyond the action, where Iron Man 3 and Thor 2 also addressed and improved upon the other errors present in their predecessors, The Winter Soldier was a step backwards in comparison to The First Avenger in just about every other regard as well.

I dunno, this movie did nothing for me, and after loving the first Captain America and genuinely enjoying the Phase 2 Marvel flicks quite a bit up to this point, The Winter Soldier was quite possibly my most anticipated movie of the year. But it was a monumental let down, and one of the biggest disappointments I've ever sat through in a theater. But ask anyone else, and it's supposedly the best damn Marvel movie to date, which I just can't see myself personally. Sure, there's some occasional humor nicely sprinkled in here and there, and a handful of good character moments, but not nearly enough to even begin to save this flick from mediocrity.
Original review.

Runner-up: Under the Skin

Most Underrated Movie of 2014 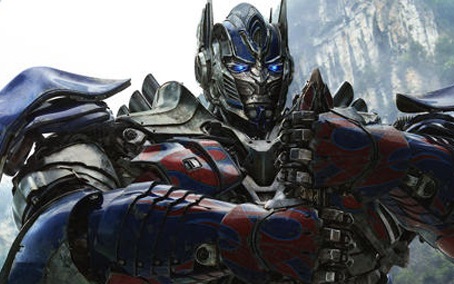 And on the extreme opposite end of the spectrum, here was a movie that people seemed adamant to rally against from the outset, actual quality of the movie be damned. And the outrage towards this movie honestly feels pretty forced to me, as if people went into this movie wanting to hate it (and quite frankly, I feel the same in regards to the outrage directed towards the runner-up below as well). And I feel this way honestly because this movie has received so much more hatred than any of the other three, despite being clearly better than all of them in just about every single aspect.

Outside of its admittedly overlong running time (and in complete contrast to The Winter Soldier), Age of Extinction was a major improvement upon its predecessors, as literally every single other major flaw with the other Transformers movies is not only addressed, but is corrected upon in this particular entry as such. Gone is the cringe inducingly immature humor, and the majority of the film isn't spent with the human characters while the Transformers play second fiddle with more background roles. Here, there's more of an even split between the two, which is far more favorable. And the action scenes are not only filmed coherently, but they remain exciting throughout, as opposed to the bore that we had to slog through in prior installments.

This honestly had every element to make a good Transformers flick that fans have been asking for ever since the first one came out. And yet despite this, fans have actively detested this entry regardless, almost as if they felt obligated to do so. And, really, I just don't understand this mindset. I loathed the third movie, but even so, while I certainly went in with lowered expectations for this one, I still was willing to give it its own shot and judge it based on its own merits. And based on those merits, I came away seeing this as easily the best one yet, and I'm genuinely stumped as to how I'm among the major minority in that regard.

Was it a good movie? Technically, no. But on the contrary, this was just a dumb, fun, harmless action flick that actually responded to many of the major issues that hindered the first three movies, and by absolutely no means was this among the worst movies released this year, either.
Original review.

So there it is, for all of you to kindly disagree with me on! Those are my picks for this year's most overrated and underrated movies. Now keep in mind that neither of these movies are anything that'll be appearing in either my best or worst lists of the year, which I'll be tackling later on. But for the time being, let me know if you agree with my picks here, or if not, what your picks for the most overrated and underrated movies of the year would be.