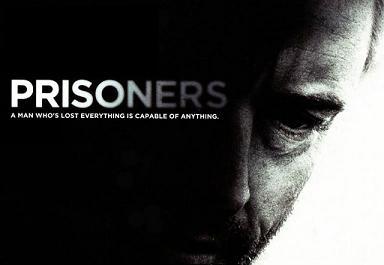 After watching The Frozen Ground last week and now Prisoners this week, this has been a hell of a month for awesome thrillers. And with exceptional performances and a mystery that'll leave you guessing all the way to the very end, Prisoners does not disappoint in the least.

Hugh Jackman's daughter and her friend have been kidnapped, and Jake Gyllenhaal leads the case to try and find them, while Jackman takes things into his own hands and holds the man who he believes kidnapped them hostage, torturing him for the whereabouts of his daughter. This is a mystery that gets dark as hell, and will definitely keep you on your toes throughout. And all along the way, there's some real nice twists in store that continue keep things more and more interesting.

A lot of times movies like this can get careless and either leave a few too many hints that make things a little too obvious, or, alternatively, makes things so vague to the point that it's almost impossible to follow along. But this film finds that perfect balance to where it really isn't predictable at all, and you'll find yourself trying to place the pieces together in your own head and figure the mystery out right alongside the characters on screen. You really do connect with the frustrations of our characters, and likewise, once something clicks into place for the characters on screen, the movie's never playing catch up with the viewer, so it makes for a nice satisfying watch as those same things click into place at that exact moment for us as well.

What also helps in connecting with these characters is the fact that they're played so damn well by their respective actors. Hugh Jackman gives us probably the most emotionally fueled performance of his entire career to date, and Jake Gyllenhaal really impressed as well, growing more and more frustrated in more subtle ways that really played as a nice contrast to Jackman's more outgoing role. And I was also impressed by the supporting cast all around, who all really played their parts well, including Terrence Howard, who I see has apparently traded up in his post Iron Man days. 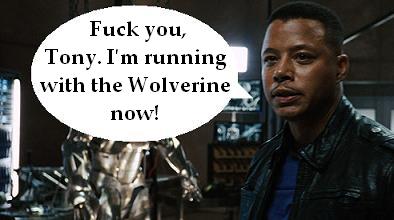 But yeah, if there's one fault I could maybe say about this movie, it's that it's a bit long at almost 3 hours in length. However, that said, there really isn't a single wasted minute in this thing, and even though it's a long movie, it's hardly a boring one, as you'll get wrapped right up in the mystery unfolding, leading all the way up to what is probably the most haunting yet satisfying final shot I've seen in a film this year so far.

I thought this movie looked great going in, and after being let down so much this year, I was very pleased to see this movie pretty much meet my expectations to a tee. This was a great mystery in a nice moody setting, with great performances that really elevate things and give this movie much more of an important feel. You can really feel the weight behind the emotion, and feel the same frustrations as our cast. So if you're in the mood for a bit of a darker outing, you won't go wrong at all with Prisoners.