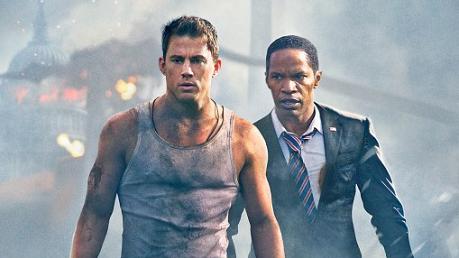 Hell yeah! This movie was MY SHIT! And director Roland Emmerich is back in his A-game, bringing us the best movie he's made since Independence Day. WOO!

While this isn't the first movie to release this year based around the premise of the White House being taken over, White House Down outdoes Olympus Has Fallen in every single category to be the far superior movie. And also something that both movies shared was a bit of a Die Hard vibe in the way the narrative plays out. But while Olympus Has Fallen only used that layout as a blueprint to support its story, White House Down goes a step further and even manages to capture that same Die Hard charm that made the original such a classic that still holds up today, something the latest Die Hard movie itself wasn't even capable of accomplishing.

But yeah, this film was a blast. The action is fun as hell all throughout, with a satisfying level of explosions and destruction that you'd go in expecting. But it's not all just a spectacle for spectacle's sake, as the movie really does ground these characters and make you truly care for them. Our two leads, President Jamie Foxx and his protector, Channing Tatum, play off each other so well, lightening up the mood and bringing a genuine sense of enjoyment to accompany all the mayhem, keeping the movie from being all gloomy and serious, while still maintaining an appropriate level of tension.

And all of the supporting cast do their part too, so that even when the movie shifts focus away from our leads, we're still very much invested in all that's happening. And even when the movie felt like it was about to enter cheesy territory, particularly near the end, they actually pulled it off in a way that managed to touch me on an emotional level. I was seriously getting choked up on a number of occasions as the movie went along, which is a reaction I never expected to experience going into this thing.

Also, while you do have to go into a movie like this with a certain level of suspension of disbelief, I still feel that the way the actual takeover played out was, again, far more believable than in that other movie, and they actually managed to pull it off without making the President's entire staff look completely incompetent in the process. Not to mention President Foxx himself, who was definitely the kinda guy I could get behind, and one who truly had the country's best interest as a whole in mind, unlike that worthless, selfish, piece of crap coward who called himself a President in that other movie. 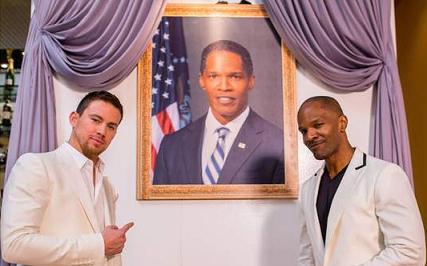 Sorry, I didn't intend to just make comparisons to Olympus Has Fallen here, but with such similar premises, it's kinda hard to avoid, and I actually did enjoy that other movie as well, believe it or not! But where that one was merely an enjoyable, throw-away flick, this movie brings with it all the elements that made me love movies in the first place, and left me feeling a similar euphoric sense of enjoyment that I felt way back when I first saw Independence Day almost 17 years ago.

Since then, with the exception of The Patriot, most of Emmerich's movies have generally ranged from bland and mediocre to merely okay, if nothing all that great. But like I said, he's back, and he's finally given us another truly fun and solid action flick that's actually worth going out of your way to check out. So as we hit the halfway point of the year, White House Down is quite possibly the best movie of 2013 I've seen so far.

(And as an aside, the rest of my Top 5 so far would include Iron Man 3, Mud, The Place Beyond the Pines, and Warm Bodies, so here's hoping for a better second half to come!)