The Butler - A Mad Lib Review 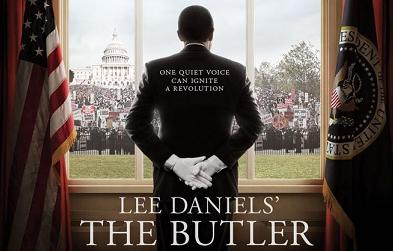 So I caught the new movie The Butler this weekend, and while it wasn't terrible, it was far from something I'd consider good, and it basically all comes down to its structure, or lack thereof. Basically, it's the story of the life of Cecil Gaines, inspired by the real life account of Eugene Allen, his successes, as well as his not so successful moments, and it all comes around to a nice happy ending where everything works out just fine in the end. And that's all good and all, but where the potential was there for the truly powerful movie that they were going for, the movie ultimately flounders with its lack of any real focus, and its obnoxiously forced message.

This movie suffers from the same issues as a lot of biopics, where they essentially just want to cram in as much stuff as they possibly can into the movie. They want to tell a little bit about every individual aspect of this man's life, which I can understand, but in doing so, the movie format is so limiting that we ultimately don't get to spend nearly enough time on each of these moments for them to really leave much of an impact in the end.

In comparison, the reason a similar movie like The Help works is because rather than trying to fit in a little bit about every detail of the main character's life, they instead choose to focus on a very specific aspect of their life. And in doing so, this allows for the audience to really spend time growing with and connecting to the characters on screen, and caring about their actions. The Help actually told us a compelling story, and did a far better job at accomplishing what this movie set out and ultimately failed to do. But in contrast, this movie is merely content with showing us a series of events over the course of years, which in the end amount to little more than table scraps.

And I'm not saying that a movie such as this can't be done well. I'm almost certain it can, even if it wasn't the case this particular time. But that's not to say that this was a bad movie all around. While sure, there are many forced moments throughout, and the movie tries way too hard at times, there are still a few bright spots sprinkled throughout the running time. The acting is actually pretty damn solid for the most part. And Forest Whitaker gives a fairly convincing performance as the title character, even if he does go a bit overboard at times, though I'll place the blame for that on the direction from Lee Daniels.

But yeah, there's really not much else to say about this movie. It wasn't bad, it wasn't good, it just was. If it had taken a stronger, more direct approach, then it very well could have been something great. But while the acting might be solid throughout, the poor script and unfocused approach make for a flat experience that tries way too hard at forcing its agenda down your throat.