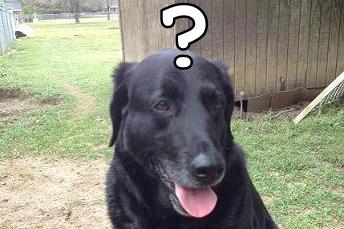 So as some of you might remember, for April Fools this year I teased the possibility of doing a Dog Every Day event this August, similar to last year's popular Cat Every Day August. I even had a theme set to get things kick started, where I would have said something along the lines of, not amused by my Aprils Fools joke, the dogs of the world are coming for me, and they're not gonna stop until I'm DEAD (Dog Every August Day)! Every dog has its day, and this time it ain't no joke. Except, well, looks like the joke's on them after all.

See, while planning this month out, I realized just how little I know about dogs. What can I say? I'm just not much of a dog person, and there's no way I would've been able to improvise daily dog posts the way I was able to conjure up some of my cat blogs last year. And even concerning the Dog of the Day feature itself, when I did my post about BJ, I realized that I knew very little about his character or personality, and as such, most of the post ended up being more about me trying to take pictures of the dog rather than focusing on the dog himself. And I'm almost certain that that's how most of those posts would have ended up turning out, too, which I could imagine would grow tiresome after a while.

So yeah, sorry folks, but I'm gonna bow-wow out of this one (ow, sorry again!). Dog Every August Day's been cancelled. However, I do still intend to do a normal, gimmickless Blog Every Day August this year. Or, rather, an improvised version similar to how I did it last year, where I'll be taking the weekends off and only posting on Monday through Friday throughout the month. So stick around, and don't worry, I've got some other interesting things planned that'll hopefully make up for my lack of dog posts.