Yesterday, while reading the latest issue of Sonic the Hedgehog, I had the idea to review the current ongoing arc in progress, which is supposed to be a retelling of sorts of the classic Sega Genesis Sonic games. However, I was so displeased with the latest issue (it's supposed to be a Sonic 2 adaptation, and even sort of starts out as one, but then reverts back to a Sonic 1 adaptation just a few pages in. What?), that I've decided to go back and talk about all the good things that have happened in this comic's history instead. 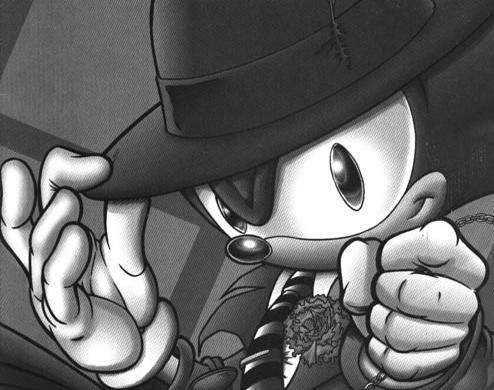 Sonic the Hedgehog is currently up to 227 issues, making it the longest running comic series based on a video game. In addition to its over 227 regular issues, there have been an assortment of specials and spin-off series, most notably Knuckles the Echidna, Sonic X, and Sonic Universe, which is currently still ongoing. So it's been a fairly successful series, much moreso than I think even the guys over at Archie Comics would have imagined (more on that later).

The comic uses characters based both on the original games, as well as from the classic Saturday morning cartoons. In the early days of the comic, the tone was much sillier and almost Looney Tunes-like, similar to the less popular cartoon, Adventures of Sonic the Hedgehog. But as the series progressed, it took a more serious approach, much in the vein of the more popular cartoon simply known as Sonic the Hedgehog (commonly referred to as Sonic SatAM by fans). And while the series certainly remained fun, it matured a great deal, both in its plot, as well as its visual style.

I actually got into the series at around issue 38. This was the perfect time, too, as right around the corner were two of my absolute favorite story arcs not only in Sonic's history, but in all of comic books as well. The first big story arc was Mecha Madness, a story in which Sonic the Hedgehog is roboticized by Robotnik and sent to destroy his home village of Knothole. Nobody is able to stand up to him, and so they're forced to resort to their enemy's tactics, roboticizing Knuckles in order to fight Mecha Sonic. This story was packed to the brim with action. But as awesome as it was, it was also respectably hilarious. They really mastered the balance between humor and action in this story, making for an enjoyable read that I've returned to several times over the years. 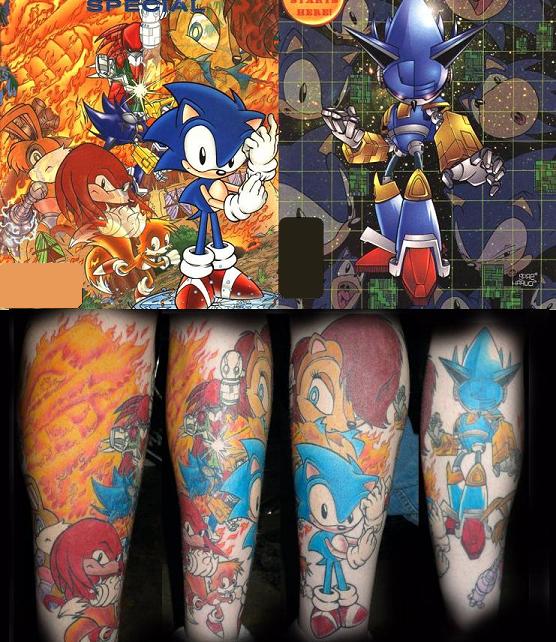 This is how much I liked this story.


Just after Mecha Madness, we began the buildup to what may still be the darkest, most important arc in the entire series, End Game. Sonic is framed for supposedly murdering Princess Sally, and is imprisoned as such. With Sonic out of the picture, Robotnik moves forward with his plans to destroy Knothole and rid the world of the Freedom Fighters once and for all. It sounds simple enough, yet this story is filled with so many twists and turns, and follows several different threads, taking us on a journey that spans the globe and takes us all the way back to the series' roots. This is the culmination of everything we've seen thus far, and it's all serious business, leaving little room for laughs as we lead into the big final showdown between Sonic and Robotnik.

Here's where I mentioned before that even the guys at Archie didn't know just how successful their comic would become, because at the end of this arc, Robotnik actually dies. That's right, the main villain of the series is killed off, and we're only at issue 50 when it happens. Granted, they came up with a way to technically bring the character back (Robotnik apparently stored his memory on file, which was downloaded into another body), but as it stands, the original Robotnik has to this day remained dead. 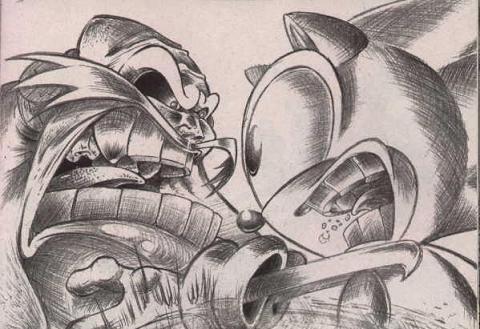 After the big End Game arc, the comic sort of floundered a bit, trying to find its identity now that the main obstacle in our hero's path had been removed. Most of what happens after that point is fairly forgettable, and I even grew so bored with the series at one point that I quit collecting for about a year in 2000. Sure enough, when I picked the comic back up a year later, that happened to be the one year that they didn't reprint back issues for. You could order issues from 1998, 1999, and even 2001 and 2002. But nope, not 2000. I've only managed to find a few stragglers from that year in random comic stores from time to time, though that still remains the biggest gap in my Sonic collection.

But since then, the series has had its ups and downs, though the overall tone was dailed down to be a lot more kid-friendly. But I continue to stick around because, well, even when it's not all that good, it's still pretty fun, and I genuinely care about most of the main characters.

In fact, I'd take Archie's version of the Sonic tale over the canon from the Sega games. The comic's characters, such as Sally Acorn, Antoine D'Coolette, and Bunny Rabbot, are much more likable than pretty much every character Sega's introduced since Sonic Adventure, such as the likes of Silver the Hedgehog, Rouge the Bat, and Big the Cat. That's not to say that every original character introduced in the comic is great (I'll never forgive them for Tommy Turtle), but the good ones just have so much depth and history to them. They actually grow and progress alongside the story, and they're so well rounded that, in comparison, Sega's new characters that they force on us with each new video game entry just feels bland. 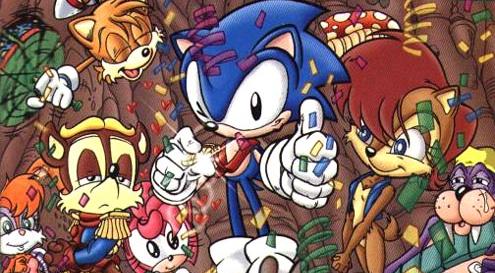 Anyways, so that's my little look back on the series. It started out really goofy, but reached its peak once it started to take itself (as well as its audience) a lot more seriously. And though it's never quite reached those heights in quality since then, its certainly had its moments, and overall it remains fun to this day. I've only dropped the comic once, but I regretted it so much that I doubt I'll do it again. And I think that's why this comic has remained as successful as it has. Because while it may not have as huge a fanbase as the likes of Spider-Man, Batman, or Superman, the fans that this series does have remain ever loyal to it.
Posted by Chris Widdop at 3:30 PM