So there's a scene in The Wolverine in which the title character, Logan, is eating food with the young woman he's protecting, Mariko. And as he dives in, he leaves his chopsticks standing upright. Mariko specifically plucks the chopsticks up and lies them down, explaining the purpose behind her actions as she does so, how it's a bad omen in Japanese culture to leave the chopsticks as such. She then continues to talk about other traditional Japanese customs, and ends the scene by mentioning that Logan wouldn't be familiar with said customs, since he's not Japanese. And as she finishes talking, she plucks the chopsticks up, again, and lies them down, again.

Nobody stood the chopsticks back up, and yet there she was, plucking them up and lying them back down, as if we hadn't not only just seen her do that mere moments before, but explain why she was doing it, as she was doing it. And somehow, nobody caught that. And yes, this may seem nit-picky from me, but this was an example of the kind of sloppiness within an otherwise legitimately intriguing scene that stood out to me and frustrated me as such, and though it wasn't a big deal in the end, it continues to stand out, as my reactions towards this scene pretty much sums up how I feel about the movie as a whole. 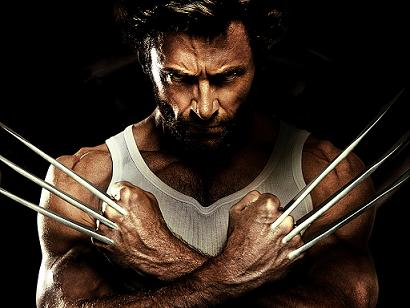 We pick up after X-Men: The Last Stand, as Logan wanders about, lost with no further purpose in life after he had killed Jean Grey at the end of that movie. The story takes Logan to Japan, where circumstances see him losing his powers, and getting caught up in a struggle that ultimately sees him acting as the protector of the young woman, Mariko. For the most part, I actually liked the scaled down story in comparison to all the prior X-Men movies, the first Wolverine included. There's only a small handful of other mutants here, and none of them really stand to steal the spotlight away from Wolverine, as he fights on to find a new purpose in living.

I also really liked the removal of his healing factor. In doing such, it actually added a new layer to the character, and it added certain stakes to his fights, stakes that I honestly was never even aware were even missing while watching him in action in any of the prior movies. However, the downside to this is that, just like the chopsticks, since the movie makes such a deal of pointing out these new stakes to us, once he ultimately regains his powers leading into the climax, suddenly it feels like he's this invincible man who we don't have to worry about anymore, thus removing those stakes and leaving me no longer feeling too concerned for his fate, which really stood out.

Speaking of the action scenes, these are actually the weakest part of the movie. They're all just so dull and generic, and I often found my mind wandering whenever the story was put on hold to start up yet another action scene. And this is a movie where you could definitely feel that several of the action scenes were written into the script purely because a certain amount of time had passed since the last one, and not because it was an organically appropriate time to start up the action again.

However, not all of them were bad. In fact, the one that I expected to be the least impressed with, based on how terrible it looked in the trailers, was the fight atop the moving train. And yet, surprisingly enough, this one actually turned out to be the most impressive action sequence in the whole movie. And sure, the train scene might not have been the most original idea, though then again, there were also scenes taken straight out of Lord of the Rings (Boromir), The Matrix (that creepy bug thing), and even Beauty and the Beast (the tub scene), among others, so it reached a point where I wasn't too worried about the movie wowing me with its originality.

But this movie's biggest weakness lies in the way that the story pans out. Specifically, I feel that the ending held off for far too long on getting to the point and explaining many of the characters' motivations, because by the time we enter the final showdown, I stopped being intrigued and instead merely felt frustrated. And considering how long they held off on the big final reveal, I was disappointed to see it be the most predictable outcome possible. It just bothered me, and it felt sloppy in execution.

In fact, this movie was ripe with sloppy plotting and editing throughout. For instance, there's a scene where Mariko gets caught, is engaged in conversation with the villains who caught her, then she's knocked out. Cut to the very next scene, she wakes up, walks into the next room, and instantly resumes her conversation with said villains as if nothing had even happened. So... what the hell was even the point of knocking her out? Was there a scene that explains its relevance that just got cut from the movie, yet they still decided to keep the scene of her passing out anyways? I don't know, but it was sloppy, and it stood out, and it just reeked of poor planning and execution.

Which is a shame, because, somewhere in this mess of a movie, there are some really good ideas. Logan dealing with Jean's death and finding new purpose in life, all while experiencing just how vulnerable he is when he doesn't have his powers to rely on anymore, these are all truly intriguing aspects whenever the movie placed focus on them. And even when things quieted down and they went over such things as Japanese traditions, again, all interesting stuff. And it really makes me truly curious more than ever how Darren Aronofsky would have tackled this movie had he not pulled out of it when he did. But after he left the project, I was always worried that this was just going to become yet another generic superhero film, no matter who replaced him. And, sure enough, despite how intriguing this movie may at times get, in the end, the other stuff overpowers it and makes this just another bland action movie in a vast ocean of bland action movies. It's not bad, and what we got was enjoyable enough. But it truly could have been great in the right hands, and that's what's most frustrating of all.

There's also a scene after the credits that pretty much sets up the next X-Men movie, but seeing as how it immediately contradicts the last scene of the actual movie itself, it was clearly tacked on as an afterthought. Though, considering how wonky the continuity is throughout the X-Men movies already, and also considering the tacked on nature of much of what occurred within The Wolverine itself, I suppose this actually is a sort of fitting way to close out the movie and lie down its chopsticks that nobody stood back up one last time.