Last time I looked at the best, and now it's time to look at the worst. But before we get to the list, some dishonorable mentions include Haywire, Hit and Run, Prometheus, Underworld: Awakening, and The Woman in Black. Now lets get this crap over with, onto the list!
#5 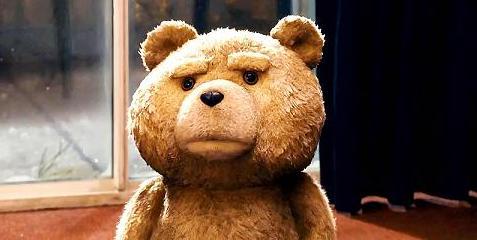 Yeah, just, no. This movie was freaking horrible. Seth MacFarlane has truly lost it with this one. I was hoping for at least a decent Family Guy level of comedy here, but my god, this was worse than even the worst of American Dad episodes. What I don't think Seth MacFarlane understands is that you actually need more than just a talking animal in order to constitute as comedy. Brian is funny in Family Guy despite being a talking dog. Meanwhile, his stupid alien and goldfish haven't spoken a single humorous line in the entirety of American Dad's run, and that's precisely the case here.

He thinks that just because the teddy bear uses foul language that it automatically gives him a pass from having to actually say anything funny. Hell, the funniest part of the movie was the opening scenes when Ted and Mark Wahlberg's character were still young and innocent, before they became the foul mouthed imbeciles that the movie lazily relied on in place of humor. Granted, the audience I saw it with loved it, yet all I could do was sit there and silently cringe to myself at one horrendously unfunny joke after another. I just don't get it, I really don't (and this coming from a guy who typically likes shitty movies!).

I did get a nice chuckle from a very random Ryan Reynolds cameo though.

I can no longer say that Christopher Nolan has a perfect track record, because this movie was just terrible. After The Dark Knight released, Nolan spoke on how he was hesitant to make a third movie, since a lot of third movies had recently had a bad stigma attached to them (Spider-Man 3, X-Men: The Last Stand), and after seeing this heap of garbage, I think he should have taken his own advice. The new characters are unremarkable and largely pointless in the grand scheme, the returning actors clearly quit giving a damn anymore, and the writing is just so unfocused and all over the place, like its suffering from a really bad case of ADD.

And in addition to all of those issues, the movie also abandons the world that Nolan has spent so much time and effort building up to this point. I always get a kick when people call this the conclusion to a "perfect trilogy", because that would imply that it's even a trilogy at all. The Dark Knight may as well not even exist, as it bears absolutely no consequence on this movie, which is essentially a direct sequel to Batman Begins. The Dark Knight was a brilliant film, and had an epic sense of scale without getting stupid about it. And yeah, there was "scale" in Rises, but only in the sense that it was overly bloated, and it never had an epic feeling to it, like I kept hearing so many proclaim about it. Rises was just stupid. Sure, it would like you to believe that it's a smart film, what with the way it needlessly complicates a fairly simple plot and draws things out to the point of absurdity. But, unlike the prior films, this one is completely mindless. This movie is littered with so many idiotic moments and ass-pulls that it almost becomes overwhelming.

And as I said, it didn't even fit in with Nolan's established world either. Where the first two feel very much grounded in reality, this one suddenly wants to decide that, hey, now it's a comic book movie! Only, unlike other comic book movies, this one doesn't have a lick of fun to go along with it. And that's the thing, because despite all of these issues, I might have let the movie slide as just another awesomely bad movie if it weren't for one thing: This movie is flat out BORING! It seriously has some of the worst pacing I've seen in a movie this year. I felt like I had just sat through a Lord of the Rings movie by the time Bruce Wayne was still trying to figure out how to get out of his damn prison hole, and all I could think was, god damn, once he's actually out of that stupid thing we're gonna have to sit through another dull half hour long action sequence to finally wrap things up. AHHH!

This is not only Chris Nolan's worst movie, but I'll even go so far as to call it the worst Batman movie to date. Say what you will about Schumacher's films, they're at least fun to watch in their own campy way. Meanwhile, The Dark Knight Rises is dull, boring, convoluted, and more than anything, un-watchable. Original review. 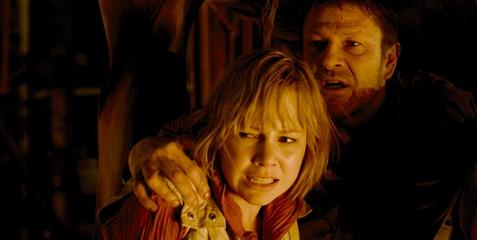 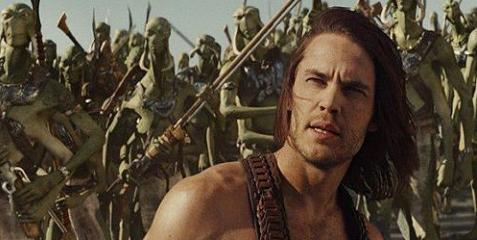 I already wasn't a fan of this movie, but certain aspects of the story actually intrigued me enough to check out the books. And after doing so, I can say that I not only feel this movie is god awful, but it's also flat out offensive. See, the books pretty much act as Edgar Rice Burroughs' atheist bible. Their sole purpose of existence is to essentially disprove the idea of a religious deity and to encourage people to think for themselves instead of relying on their religion to make their choices for them. The movie, however, decides to ignore this aspect entirely, and from the very first scene introduces supernatural beings who essentially act as gods. Um, bullshit.

There was so much opportunity here to use this source material in such a way as to act as somewhat of a social commentary on current day issues concerning religion in politics that we're still dealing with today. There was so much potential for this to be a powerful movie with an important message, but instead they just decided to shit all over Burroughs' ideology and make this an unoriginal, mindless, cliche filled dump. And what gets me most is that, from what I've heard, this was apparently a passion project for director Andrew Stanton. Yet, I can't see how that could possibly be, seeing as he clearly never even opened the book up to page one.

But even ignoring the shift in direction from this story's original intent, this movie was still a cringe-inducing chore. The love story between John Carter and Dejah Thoris is the most forced and unbelievable romance in the entire history of cinema. The two don't have a lick of chemistry together, and we're suppose to believe that, over the course of a single day, not only do these two fall head over heels for each other, but so much so that John Carter actually asks for her hand in marriage by the end of that day, and she accepts! What, did this movie suddenly become Romeo and Juliet all of a sudden? 'Cause if so, then this movie series is suddenly in for one hell of a morbid conclusion (though, then again, that might actually make this putrid romance plot a little interesting). And see, the romance in the book wasn't nearly so forced. What happened in a single day in the movie was stretched out over the course of an entire year in the book, giving the two an appropriate amount of time to actually get to know one another and fall for each other, and making for a much more believable love story.

It's just as well that this movie tanked in the box office and likely won't be spawning off any sequels, because all of the changes made for the adaptation makes it literally impossible to adapt the following entries in the story. It would have to be an entirely original work, and seeing what they did with this one, I'd hate to bare witness to whatever crap they'd come up with. Original review.

Now I was all ready to easily call this my #1 worst movie of the year, and I said that it was gonna take a hell of a lot to topple this beast. And, well, I didn't expect this, but... 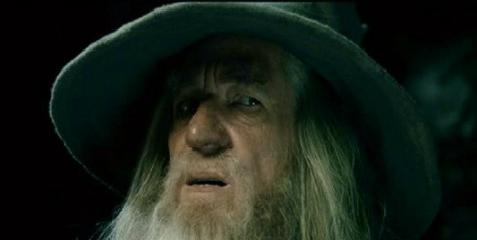 I had no choice but to declare this the worst movie of the year. Now, the actual movie itself is quite good, but the new gimmick that director Peter Jackson was so intent on implementing is what kills it. I decided to give the 48fps version a chance out of sheer curiosity, and what I stumbled into was an unexpected journey into uncanny valley. I literally could not sit through this. The higher frame rate made it look like the characters were constantly moving in fast forward, and it was so unnerving and looked so unnatural that it took me completely out of the movie. I've never been more distracted during a movie in my entire life, and I was constantly having to remind myself to stop focusing on the gimmick and pay attention to the movie. And then I'd instead start focusing on how I'm still not paying attention, and all the while not a single bit of the actual movie was registering with me.

In fact, when I went to see it again, this time the normal version, I was shocked at just how much I missed the first time around. The entire prologue was just a blur, and all I remembered was something crumbling in the castle. And as for the scene where all the dwarves are introduced, all I could recall was when they were tossing dishes. I couldn't believe how I was able to miss them rummaging through Bilbo's pantry and all that.

But in my initial viewing, I was only able to make it about 40 or 50 minutes into the film before I was fuming in my seat, and I had to get up and walk out. There was just no way in hell I was gonna sit there for three hours and attempt to look past the awful gimmick at hand. I can appreciate filmmakers trying out new things, and honestly, the higher frame rate has been getting mixed reactions, which I suppose ultimately comes down to eye sensitivity. But in my opinion at least, this one's a bust, and I really hope it doesn't catch on. But in any event, here's my original, unrelated review.

So there you have it, my picks for the very best and worst that this year had to offer in film. I'm sure there'll be a lot of you who disagree with some of my picks (there always are), but I hope you enjoyed taking a look at these films with me nonetheless. And as I said, 2012 was overall an awesome year in film, and I ended up liking far more movies than I disliked. And 2013 ain't looking too shabby at the moment either, so here's hoping for another good year to come!