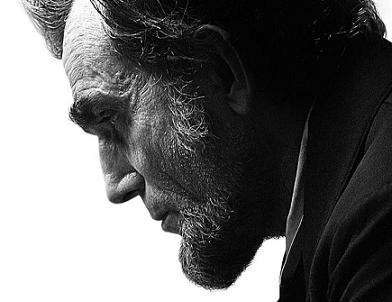 It took me two viewings to really appreciate this movie. The first time around I thought it was certainly good, but nothing really worth writing home about. However, after the second viewing, I gotta say that Lincoln is definitely one of the best movies I've seen this year so far. A political biopic focusing on the final months of Lincoln's life, the movie is completely dialogue driven, and yet, at two and a half hours in length, it never loses steam or drags a bit. It's a completely engaging and interesting glimpse into the life of politics, with stellar performances all around from the entire ensemble.

Rather than jumping around and trying to squeeze in a little bit of everything from Abraham Lincoln's life, the movie instead chooses to focus on the end of his life, from the time of his re-election to the time of his assassination. And during this period of time is when he was trying to get the 13th amendment to abolish slavery passed, which is what the bulk of the movie is about. The debates and the different tactics used to procure votes is all very fascinating to watch, and it's all heightened so much by the phenomenal acting on display. In many ways, the film has a very theatrical feel to it, and watching the debates and such play out really is almost like watching a play acted out on stage.

But while the politics are playing out, we also see a "behind the scenes" look into Abe's personal life as he and his wife continue to struggle with their grief over the loss of their child. Sally Field is just awesome in the role of Mrs. Lincoln, believably falling to pieces anytime they're behind closed doors, yet putting on a happy, if bitter, face when in the public eye. The role just came so naturally to her, and, well, that can honestly be said about everyone in the cast.

It's hard to say who the stand-outs of this film are, since everyone really did hold their weight and contributed to the film. Tommy Lee Jones was great as Thaddeus Stevens, who spends the film struggling to play the political game and put his personal feelings aside for the better of the country. And I also got a real big kick out of James Spader, who plays one of the men hired on to try and sway the Democratic party members to their side of the vote. These sequences with Spader and the gang were really fun to watch, and added in a nice, natural layer of humor on top of all of the drama going on.

But the obvious star of the show is Daniel Day-Lewis, who absolutely kills it as good ol' Honest Abe. He just lives this role, and as you watch the movie, it almost feels like you're actually watching Abraham Lincoln himself on screen. He has so many moments where he'll just stop everything and tell a story (usually with a point), and I just couldn't help but think how this whole movie could have been just two hours of listening to Day-Lewis talking and telling stories and it'd still be great. He truly commands your attention in this way. He's almost certainly going to get a Best Actor nomination for this performance, and boy does he deserve it.

As wide and big as the cast is, the movie also does a good job of distinguishing everyone. Usually in movies like this, there'll be several characters who sorta have a similar look or don't really stand out from the pack. But here, every single character has a very distinct style and personality, so they don't just blend in and you never got lost with who is who, which I was very impressed by.

As I've mentioned though, the most fascinating aspect of the film was definitely the politics, particularly the Congressional debates. It's really interesting how the views of the Democratic and Republican parties at that time, at least as portrayed in this film, are almost completely opposite to how they would likely be portrayed today. And yet, it's also really interesting how much of the political atmosphere is almost exactly the same today as it's portrayed as being during this time period. Now, I'm not exactly a historical expert for this period of time, so I can't say how accurate or not these portrayals are, but I found the comparisons very intriguing nonetheless. And I also couldn't help but wonder if certain aspects in the film were meant to be somewhat of a parallel to the move for gay rights in today's society, though it's possible I might be looking a little too much into that.

If I had one negative thing to say about this film, it would be concerning the ending. I feel the movie ended about two scenes later than it should have. We already know Lincoln gets assassinated, and I didn't feel it was necessary to show that in this particular incarnation of the story. It felt out of place, and it came after a scene that felt like the logical conclusion as Abe walks out of the white house after successfully passing the 13th amendment. I was expecting and hoping for them to fade to black and roll credits right then and there, but, alas, the film lingers on just a bit too long. But it's not that big a deal, and when that's the only fault I can find with the movie, then it's definitely been doing something right up to that point.

So I initially went in worrying that this was going to be another War Horse, only without the horses, but Spielberg brought his A-game this time around. From start to finish, the movie is a fascinating watch, and as I said before, it just flies by, which is quite an accomplishment considering it all plays out almost entirely through dialogue. The pacing is just spot on, and it somehow flew by even quicker the second time around. I was able to catch so much more and appreciate the film as a whole that second time through, so I'm really glad I went ahead and caught it again. This was a great movie, one of the year's best, and one you should definitely make an effort to check out at some time.

Though, now that I think about it, I guess I was a little disappointed that they never did get around to addressing that whole vampire fiasco...