Whelp, it's that time of year again, where I take a look back at what all I accomplished in the past year, as we move forward into the next one. And this has been a pretty productive year for me, all things considered. I worked on a lot of writing and film projects throughout the year, while I otherwise spent a good majority of the year finding some semblance of peace in my life.

With The Masquerade newly released at the end of 2016, this year was my big jump back into the world of conventions and book signings in order to market my work. 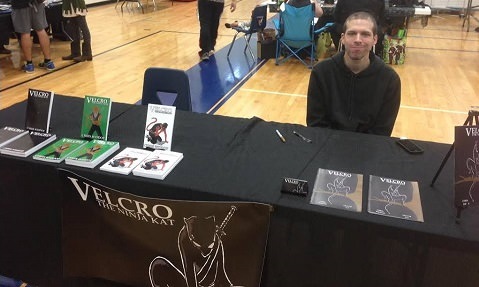 I've made a lot of connections with a lot of locations and other authors here in the Tampa area, and I've seen a lot of success at a number of the events I've attended this year. I didn't stray too far from home this time around however, but I hope to expand back out a little bit in the next year in terms of the cons and such that I attend.

And in the meantime, I've been hard at work writing the fourth book in The Ninja Kat series, Polluted War, which I was able to finish and release last month. 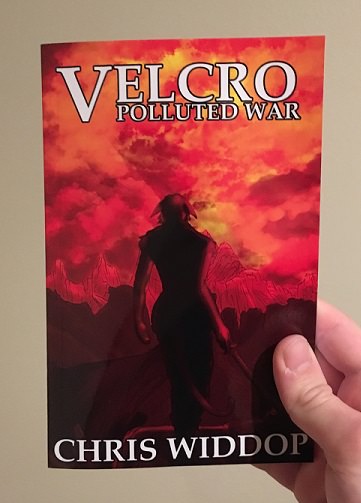 I'm still waiting to hear back on a consensus for it, but I'm mostly pleased with how it turned out myself (though if I'm being honest, The Masquerade is still the best thing I've written to date, in my opinion at least). I hope everyone else likes it, and will come back for the fifth installment, whenever that may be.

As to the fifth book, I've thus far written a full outline, though I've admittedly been stalling on actually beginning work writing the actual book. Instead, I've finally had a number of really micro-budget-friendly film ideas come to mind, and I've been hard at work playing around with some of those ideas, and even have a full script written out for a new short, as well as one for a possible feature length film. As far as actually filming them is concerned, that remains to be seen when I'll be able to get to that, but I'm hoping to be able to begin work on them as soon as next year.

Speaking of film projects, I've also been involved with a couple of them this year, in an acting capacity. In the summer of 2016, we began work on what was intended to be a mini-series starring yours truly as an assassin named Charlie Temple, and helmed by my good friend and collaborator M.H. Smith. 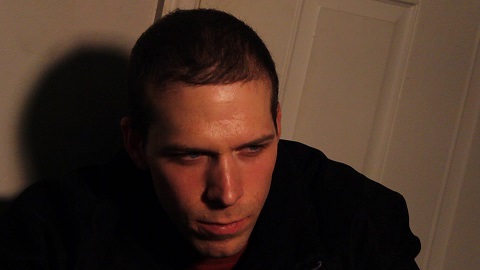 The production stalled for some time due to a number of factors that put into question the ability to finish it in its original series format, but earlier in the year, I approached him with an idea that would allow for us to revamp it into a short film and continue production. He loved it, and we were able to film the last handful of scenes that would allow for this change to happen, and filming has finally wrapped on the project. He's now working on post-production with the project, and I've seen an early rough cut of the film, so I can't wait to see how the final product turns out and share it with everyone.

I was also cast in another series this year, too, this one helmed by another collaborator friend of mine, Andre Forbes. The project is called Not So Innocent, and in it, I play, well, another assassin of sorts? Except, this one's more of a reluctant one? Well, it's funny, but there's actually a scene in this production that almost mirrors exactly with a scene from M.H. Smith's film, and the two scenes were even filmed on back to back days. So I really can't wait til the two projects are finished and released, and I can go back and place those two scenes together in some sort of comparison video of sorts, heh. But nah, this has honestly been another really interesting and rewarding project to work on so far, and I can't wait to continue on with the project in the coming year.

One thing I've really learned on both of these projects is to have to place my trust in the directors to capture my performances as best as they can. Up until now, I've mostly been used to just directing myself in my own film projects, so I have full control of my performance and how it looks on camera. But on these projects, I essentially give up all that control, and just hope that I don't make myself look too foolish in their hands. It's been, well, different, and something I've had to get used to, but I really hope the results turn out well enough all the same in the end (they assure me it has at least).

So that's what all I've been working on at least. And in my personal life, I've gone through a number of changes in the past year to work towards bettering my quality of life as well. For one, I've finally found a job that gave me the financial means to move back out on my own for the first time in, well, way too long. And life at home has been really nice ever since, with a semblance of peace at home that I haven't really known in what feels like forever. I even live in a pretty decent neighborhood with cool neighbors who aren't too loud or anything, so that's totally a plus as well.

However, the job that gave me those financial means hasn't always been so swell. In fact, for the majority of the year, I was absolutely miserable at work, having to deal with relentless harassment and terrible management who only encouraged, supported, and rewarded this harassment after it had been brought to their attention, and who they themselves took part in publicly belittling me and treating me horribly for well over half the year. I took every means possible to escape this situation, reaching out to higher management, and corporate management, and various levels of HR, and in the meantime spent months trying to find work elsewhere that would pay me at least as much as I'm making now, to no luck.

But finally, a little over a month ago, I was able to be transferred to a different location, and my life at work has been such a relief ever since then. Like, I feel like I can actually breathe at work again, which is a really good feeling. My prior working arrangement was absolutely horrible, by far the worst working arrangement I've ever experienced in my entire life, and it was all so entirely unnecessary. I was so stressed out for so long, but now it's finally over, and I'm glad to finally be in a place where I can feel at relative peace both at home and at work.

And yeah, that pretty much catches us back up to now I suppose, as we look onto the new year and what all that may hold. I'm not sure where I'll end up exactly, but I know I have a lot of projects to continue to work on (and finally a new competent computer with which to work on those project at that. Thanks Dad!), and a lot of events I hope to attend as well. I also have some decisions to make in my personal life, which can impact some of these projects, but I'd rather keep those plans to myself for the time being. Hopefully everything works out for the best in either event though, and hopefully the next year brings its own fun and successes.