So a little while back while on set with the film team, one of the ladies on set mentioned how guys got it easy because they don't form crushes on fictional characters the way that girls do. This caused every guy in the room, myself included, to vehemently disagree, and spurned on a conversation where we all discussed our own personal fictional character crushes. And now, I figured I'd share my own Top 5 Fictional Character Crushes list with you all today!

Now, forewarning for those of you playing along, but when referring to fictional characters, particularly those of the live action variety, we're specifically speaking on the character itself and not the actor who plays them. So, for instance, while originally forming my list I had to debate whether or not Hermione Granger should make it, but ultimately had to cut her, as my crush there lies not with the character, but rather, the actor playing her, the lovely Emma Watson.

So yeah, other than that, pretty straightforward enough, though I do also need to warn that my list does get pretty weird as it goes along, and I also discovered a thing or two about myself that I wasn't entirely aware of beforehand, but we'll get to that as we get to that. Anyways, enough stalling, let's get to the list! But first, some... 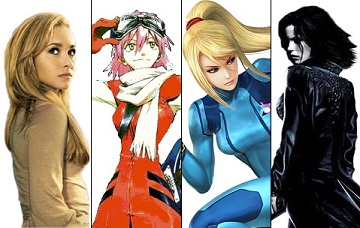 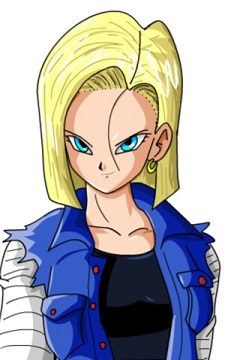 I'll admit that this is the only entry that's based almost entirely on looks moreso than personality, but god damn. Dragon Ball's not exactly a series known for its hot ladies the way a lot of anime series out there are, but then Android 18 showed up on the scene and put an end to all of that. Hell, I pretty much fell for her much the same way that Krillin himself did in the show, and really, can you blame a guy? There's just something about the way she brushes her beautiful blonde hair from her gorgeous, striking eyes that just does it for me every time.

Not to say that she's not a cool girl as well, as a poor personality would definitely kill the attraction. But yeah, for the most part, she's definitely my superficial pick here, and with looks that could kill, Android 18 is certainly a deadly opener to the list. 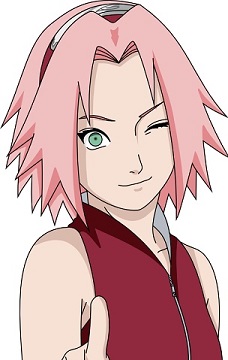 This one got some shocked responses, and rightfully so. After all, I rant so damn much about the way this character is written all of the time. And yet, even so, there's just something about her that's just compelling. Let me try to explain. No matter how frustrated I get with her, how much reason I'm given to just loathe her as a character, there's just something there, something deeper, that keeps me from being able to actually hate her. In fact, quite the opposite. She's just such a trainwreck of a character with so much depth hiding deep down inside that there's something about her that I can't help but find sort of intriguing.

It's sorta like the old series mantra used to go in the beginning, with finding the underneath behind the underneath, and how Sakura used to have her "Inner Sakura" moments presented to us in part 1. But as the series progressed, those inner moments became more repressed from the reader, as she became more and more tortured by inner turmoil. And, well, I dunno what it says about me, but there's just something about that hidden depth to her, something about her stubborn conviction, that's always sorta secretly drawn me to her as well.

I will also say that her character design was one of the more standout designs that initially caught my eye, as I recognized her instantly when I first picked up the show and was like, "Oh, here's where that pink haired girl's from!" And while I could quite possibly populate an entire draft of this list with nothing but Naruto characters, I guess that initial attraction towards Sakura sorta grew from there, in its weird yet appropriate roller coaster of a way, and made her stand out from the rest. But yeah, I told you all the list was gonna get weird, and it only picks from here, as we move onto my next choice. 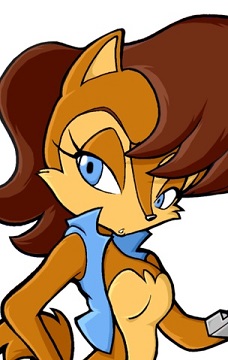 Yeah yeah, I know, this is entering into anthropomorphic territory, but where someone like Android 18 may have been chosen for looks, Sally here is sorta the opposite, as it's her strong personality that wins out here. When people name their typical list of tough, "strong female characters", you usually wind up with names like Ripley or Sarah Connor, but my first go-to girl in such discussions has always been Sally Acorn.

She's just such an empowering and caring woman, surefire and confident, never straying from her post as leader of the Freedom Fighters, leading her people head on into battle and willingly sacrificing her own well being for the benefit of everyone else. But she's also not just a one-note action trope of a character, either, as throughout the pages of the Sonic the Hedgehog comic book, she is a fully realized, fully three dimensional individual. She has fears she has to face, weaknesses that she has to overcome. And even on the homefront away from war, she has very real and quite frankly human situations that she has to contend with. Hell, she's more well rounded a character than most of this particular brand of "strong female" characters, all while still maintaining the bad ass qualities that make the best of the best stand out.

Honestly, this character didn't do much for me in the early days of Sonic the Hedgehog, but as the series progressed and I grew up along with the character and saw her true self gradually unfold, there was an odd sort of attraction that started to brew, and I began to understand more and more just why so many guys in the series were willing to fight one another to try and win her heart. 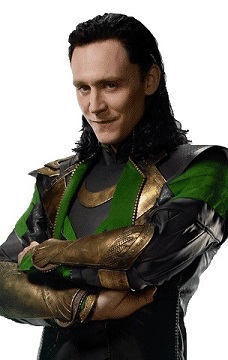 Nobody was ready for this one when I originally shared my list! But yup, those of you who've followed me for a while should already be well acquainted with my shameless crush on the God of Mischief. But what can I say, there wasn't a moment in The Avengers where this man was on screen and I wasn't simultaneously melting in my seat. He just oozes so much charisma, so much charm in his demeanor, and I just can't get enough of his lusciously long black locks.

And as with other characters on the list, he's similarly quite the complex character at that, and continues the trend of trainwreck crushes that I was gradually coming to grips with. I would say he's probably the most well written character in the MCU to date, with such a subtle amount of depth in his initial appearance in the first Thor, a depth that comes more and more to the forefront in his subsequent, more outgoing appearances. Loki is just such a fascinating character, brought to life by Tom Hiddleston's transcending performance that just absolutely slays me. But where this pick happened to catch some off guard, my #1 pick really shouldn't be all too surprising for anyone who's been paying attention up until now. 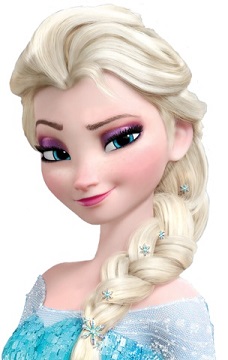 What else can I even say here that hasn't already been well documented in one of my many other Frozen-related posts? But just look at her, she's so stunning! And listen to her sing, how can you not fall in love with that voice when she belts her heart out the way she does?

And yes, this pick does round out that aforementioned trainwreck trend that I apparently have a thing for, which, who knew? But even so, I find her just so perfect in all of her imperfections, she's just so compelling and complex, yet so relatable to me on such a personal and emotional level as well. And people can talk all the trash they want about the movie, whatever (or, no, not whatever, quit hatin' on Frozen, dammit!), but I've actually found that whenever their attacks start being directed at Elsa specifically, yeah, it actually kinda stings a little, almost like they're attacking a part of me all of a sudden. Y'all need to quit hatin' on my girl, dammit!

But yeah, like I said, I don't even really know what all else I can say about her that I haven't said already, and I think I've embarrassed myself quite enough for the time being, so I think I'll stop here.

So there you have it, my Top 5 Fictional Character Crushes, and then some. So you see, guys do also fall for fictional characters like you ladies do. But in any event, I think you all learned a little too much about me for one day. Hell, I certainly learned something about myself while compiling this list. But hey, it was all in fun, so what the hell!