A few months ago I listed my Top 5 Naruto Episodes. And over the course of the past month, we just saw three new episodes that really give those five a big run for their money. The anime is currently going through the 'Confining the Jinchuuriki' portion of the War arc, and we just got done watching possibly the most anticipated events in the entire series, when we see just what happened 16 years ago when the Kyuubi attacked Konoha. 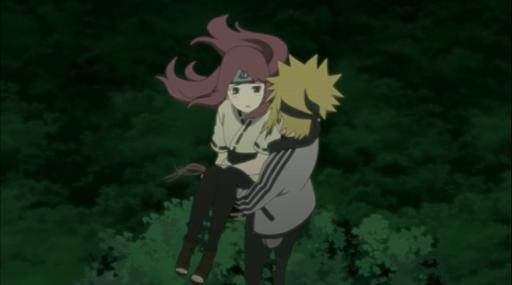 This is the episode where Naruto finally squares off with the Kyuubi. Naruto puts up a good fight, but the Kyuubi's hate begins to overwhelm Naruto. And that's when Kushina intervenes. For the first time, Naruto meets his mother, and it's just such a heartwarming reunion. You can't help but feel so happy for Naruto during these scenes. Naruto asks his mother how she and his father met, and we go into flashback mode, as Kushina tells us her story. This was just a very well done episode, where the anime took the source material from the manga and expanded on it in ways that only enhanced the tale. It was beautifully animated and, as I said before, just a very heartwarming episode, as we see how Kushina and Minato grew to love each other. 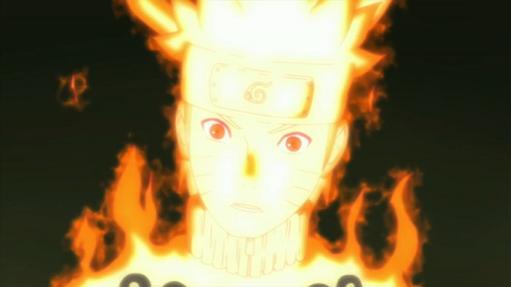 If I had one complaint about the previous episode, it would be that the actual fighting portion between Naruto and the Kyuubi felt really rushed. And when they resumed their fight in this episode, I got that same feeling. But Kushina helped Naruto defeat the Kyuubi, and as he takes the Kyuubi's chakra, we see Naruto's new Kyuubi Chakra Mode animated for the first time. Truth be told, I felt this episode fell a bit flat in comparison to the manga. It didn't have as much of a kick to it, and the unveil of his new form was a bit anticlimactic. But it was still a decent episode, and I'm mainly only talking about it as it strings us along between the previous episode and the next two, which really kicked things back into gear. 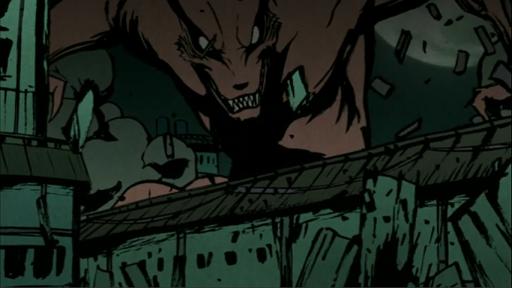 This rivals 167 as the best action episode in the series. Kushina is telling Naruto the story of the Kyuubi's attack, which all begins with his birth. And Tobi joins the scene right off the bat, threatening to kill Naruto at the ripe old age of one minute! Using this as a distraction to get Minato out of the way, he extracts the Kyuubi from Kushina, and all hell breaks loose.

The animation style they used during the Kyuubi's rampage was just phenomenal. Not your typical anime style at all. And the battle sequences between Minato and Tobi were even better than they were in the manga. Really intense stuff all around, and as I said, this was definitely up there as one of the best action episodes in the entire series. The anime did not disappoint at all. 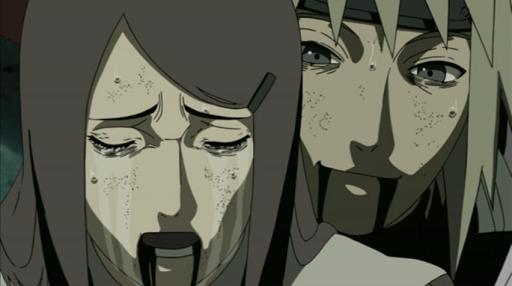 And if 248 was one of the best action episodes, then 249 is, by far, hands down, the very best emotional episode I've ever seen. And I'm not just talking about Naruto, or even anime in general. I've never seen an episode of a television series that was able to bring me to tears like this one did. It's the death of Minato and Kushina, as they sacrifice themselves in order to save the village, sealing away the Kyuubi inside their newborn son, Naruto. And in their final moments, with blood dripping from their mouths and the Kyuubi's massive claw protruding from them as they protect their baby, Kushina and Minato say their heartfelt farewells to Naruto, who looks so much at peace as he sleeps right through all the travesty around him.

Reading this part in the manga was moving, sure, but seeing it in motion was a whole different experience. This episode was just heart-wrenching, and the music and animation were so wonderfully well done. And even though I already knew the outcome going in, I still couldn't help but hope that somehow, someway, Minato and Kushina would make it out okay. It was just so powerful, and so painful, and everything came into play just perfectly to produce the most emotionally moving episode of television I've ever witnessed.

If I had anything negative to say about these episodes, it would only be about minor little nitpicks that I happened to notice. In 248, the translators botched some of Tobi's epic lines, and they decided to not include the scene from the manga when the village elders enter the fray, fighting alongside the Third Hokage. Also, they changed Tobi's mask color from white to orange in the end. I thought that was a bit odd, but nothing that took anything away from the impact left by these episodes.

The anime can be really hit or miss, but they totally nailed it with these episodes. And as the title of the latest episode says, thank you, Studio Pierrot, for treating these episode with the utmost level of respect. It's episodes like these why I love this series so much. No other anime is able to stir such strong emotions in me like Naruto does. But they brought it to a whole new level with these episodes. This was just a tremendous achievement for the whole series.
Posted by Chris Widdop at 5:47 PM